A few months ago, I wrote in this space about the likely bankruptcy of one of the largest coal producers in the country, Arch Coal, and what that meant for taxpayers. Normally a company going bankrupt does not have significant implications for federal taxpayers, except in the case of coal companies that have abandoned mines someone else has to clean up. Unfortunately, the story of coal industry bankruptcies continues (almost 50 coal companies have gone bankrupt since 2012) with the imminent demise of the largest coal producer in the U.S., the St. Louis-based Peabody Energy. 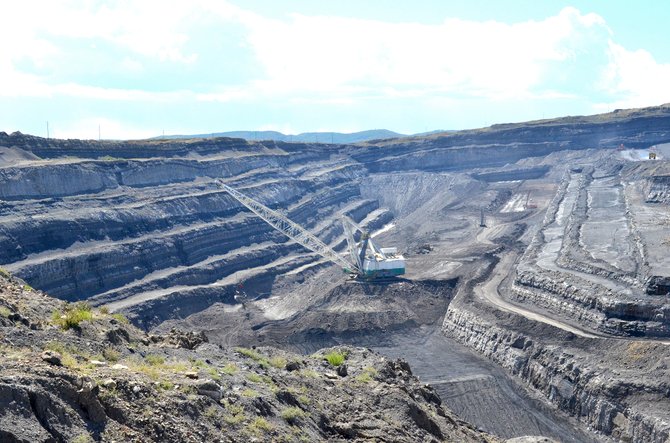 Like others before it, Peabody has significant liabilities in the form of self-bonded reclamation costs, roughly $2 billion dollars’ worth. Self-bonding reclamation costs are the cost of reclaiming and cleaning up mine lands after the mine is closed. When a company self-bonds, it is similar to self-insuring, so it needs to have reserves on hand to cover the costs; in contrast, if a company had a third party surety bond, there would be another source of funds to cover the liability.

If and when Peabody into bankruptcy court, the amount of those liabilities the company will actually be required to cover will be cut to just a fraction of their true cost, leaving the rest for taxpayers to cover. Since I wrote about Arch Coal, a federal bankruptcy judge approved a proposal by the company to set aside $75 million for future clean-up costs, or roughly 17 percent of the $450 million in self-bonded liabilities on its books.

Congress has finally taken notice of this trend of coal companies going bankrupt with sizable unsecured debts. Their debts are unsecured because we the taxpayers allowed the companies to use what amounts to an honor system rather than providing actual, third party bonds. In March, Sen. Maria Cantwell, D-Wash., ranking member of the Senate Energy and Natural Resources Committee, submitted a request to the Government Accountability Office to investigate self-bonding by coal companies with Sen. Dick Durbin, D-Ill., citing the series of high-profile bankruptcies by coal companies and the significant risk to the taxpayers. Cantwell also sent a letter to Interior Secretary Sally Jewell expressing “deep concern” about self-bonding for coal mine reclamation.

This will be too late to recover losses from the Peabody bankruptcy, which was completely predictable. Peabody, which reported a $2 billion dollar loss in 2015, had $6.3 billion in long-term debt at the end of the year. That doesn’t even count the $2 billion of expected future costs associated with cleaning up its coal mines when they are tapped out.

One additional point about self-bonding is that these liabilities are carried “off-balance sheet.” That is, the full reclamation liability is not shown on the company’s balance sheet, so it does not increase the debt-to-equity ratio of the company. As a result, the company appears financially stronger than it actually is. This is not of great concern when an independent surety company has put its own assets at risk, or the coal company has pledged specific, identifiable assets to cover the liability. But it does matter for a self-bond.

Peabody’s ability to increase its reliance on self-bonding while its financial health deteriorated represents a colossal failure on the part of the federal government. Now taxpayers are going to pick up the tab. In order to avoid future taxpayer losses, the practice of self-bonding must stop.