Re-Engineering the Books at the Corps of Engineers

Rolling Analysis, FY21 Budget Re-Engineering the Books at the Corps of Engineers

One presidential norm that has survived the disruption, and dysfunction, of the Trump Administration is the Potomac two-step involving the budget for the Civil Works division of the Army Corps of Engineers.

There is a well-established budgeting ritual involving this agency that is in charge of constructing projects promoting commercial navigation, flood and storm damage reduction, as well as environmental restoration on most of our nation’s major, and not-so-major, waterways. The White House lowballs funding levels enabling the administration to budget that cash for other priorities. Congress makes a theatric show of disapproval. When it comes time to actually producing the spending bills, Congress bumps the spending up and the president signs the bill. Glad handing and back slapping ensue. It’s a well-worn ritual undertaken by nearly every administration.

This is happening again, but with a twist. In recent years the gulf between what the administration (both Obama and Trump) requested and Congress ultimately approved, became, Yuuuge. In the 2020 Omnibus, Congress appropriated nearly $3 billion (58.5 percent) more than the president had requested. And this excludes emergency spending. 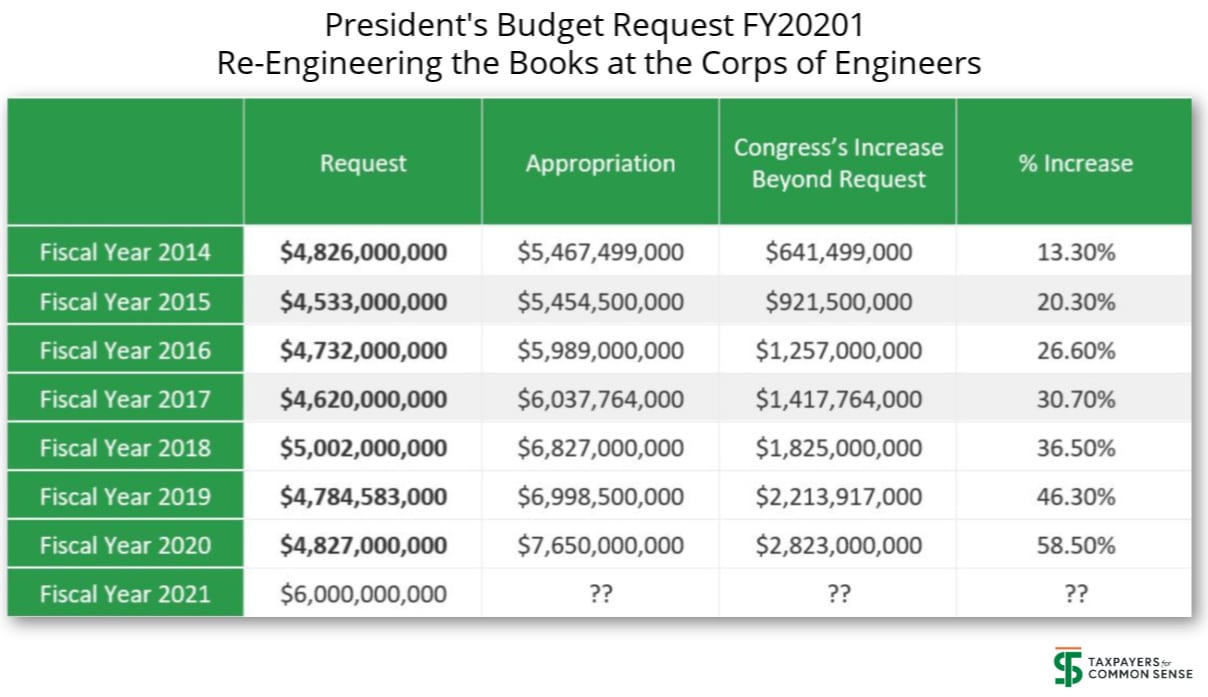 Apparently this gap is too big, even for this administration. The president requests $6 billion, an increase of nearly 25 percent from the 2020 request. Even if Congress maintains Corps of Engineers spending at 2020 levels, unlikely but possible, that would be 28 percent above the president’s request.