The Department of Interior’s Bureau of Land Management (BLM) held a listening session on federal coal leasing in Billings, Montana on Tuesday August 12th. This session was the second in a series of meetings inviting public comment on how BLM should reform the federal coal program. TCS has long argued for reforms that would improve federal coal leasing for taxpayers, so we were sure to voice our concerns at the first listening session in Washington, D.C., and in Billings this week. 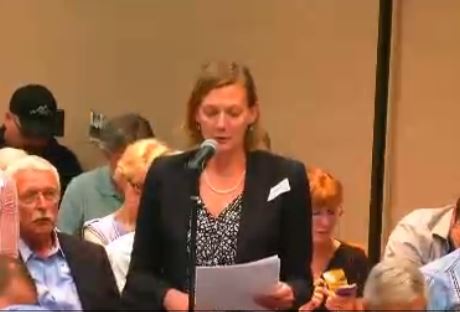 TCS President Ryan Alexander explained that coal royalty rates haven’t been increased since 1920, and that BLM’s valuation methodology hasn’t been adjusted to reflect the dramatic increase in coal exports over the last 10 years. The result has been significantly less revenue for the federal government. Alexander also spoke to BLM’s lease-by-application (LBA) system that undermines the intended competitive leasing structure, further denying taxpayers a fair return for publicly-owned coal.

TCS believes that taxpayers deserve a fair return for all resources developed on public lands. As BLM continues its listening session tour in Golden, Colorado on August 18th and Farmington, New Mexico on August 20th, we urge you to demand more accountability and a better return for publicly-owned coal resources.