We taxpayers deserve a fair return on our assets

We taxpayers deserve a fair return on our assets

Originally published on January 25, 2022 in The Hill

Almost every policy discussion in Washington is framed by the fiscal challenges we face as a country, challenges that stem from a long standing practice of spending more money as a country than we take in.  While the spending caps in the Budget Control Act focus our collective attention of spending cuts, there are other important elements of improving our fiscal management as a country. One of the most overlooked places where there is significant room for improvement is the management of our natural resources.  Current practices shortchange taxpayers by failing to reflect the fair market value for the commodities we as taxpayers own and govern.

Later this week, the Department of the Interior (DOI) begins its “listening sessions” to get public input on ways it can improve the federal coal program. Federal taxpayers own roughly one-third of all coal in this country, and Congress has repeatedly and expressly directed federal agencies to ensure a fair return to the government for its development. Yet, DOI’s coal leasing program has been the subject of repeated cycles of audits, studies, moratoria, legislation, and new regulations, all attempting to design a program that can reliably capture a fair market value for federal coal. 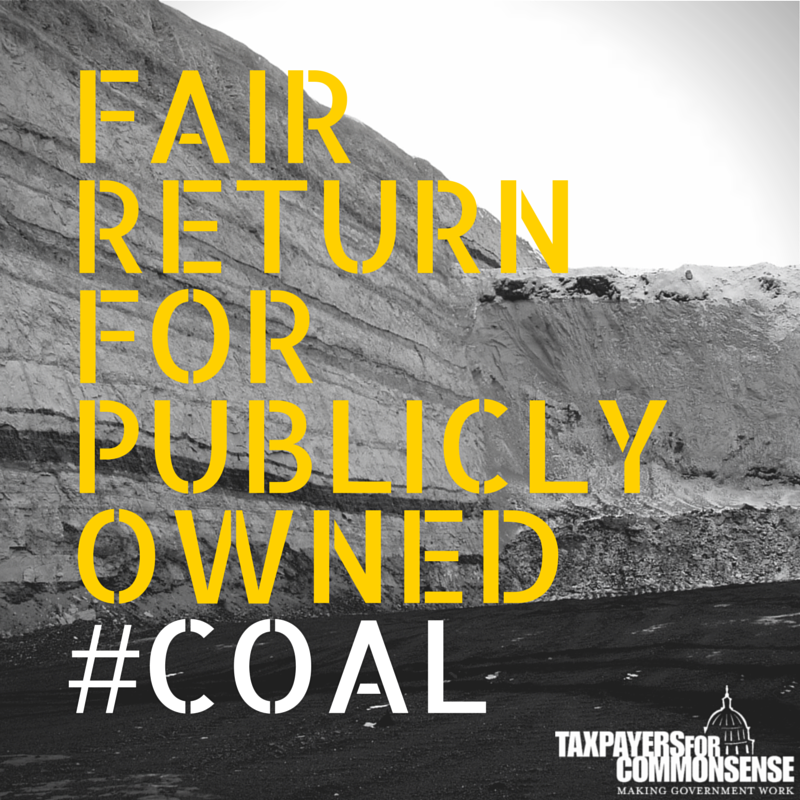 Congress enacted the Federal Coal Leasing Amendments Act of 1976 (FCLAA) in order to require competitive bidding for federal coal leases and to specify that no bid may be accepted if it doesn’t represent fair market value. Today’s coal program meets neither of these requirements. In response to FCLAA, BLM adopted detailed regulations for competitive lease sales, including the establishment of “coal production regions”. A lease is considered to be “producing” if the lessee is processing or loading severed coal, or transporting it from the point of severance to the point of sale.  Despite this basic requirement, BLM concluded by 1990 there were no coal production regions in America, including the Powder River Basin, where about 42 percent of U.S. coal production occurs.

This decision has allowed the Lease by Application (LBA) system to supplant the competitive system envisioned by Congress. Under the LBA system, BLM allows coal companies to play a large role in delineating tracts for leasing, a process that typically results in tracts that do not generate competitive bids because the location and configuration limit their appeal. Both the Government Accountability Office and the Inspector General at DOI have found problems with the LBA process guaranteeing a fair return to taxpayers for federal coal.

RELATED ARTICLE
Ellis: A price should be paid to profit from public lands

In more recent years, domestic markets for coal have declined due to the depletion of Central Appalachian coal, rising production costs, and competition from other fuels, such as cheap natural gas. In response, coal companies have increased exports of federal coal, primarily to Asian markets, where energy prices are significantly higher. Federal regulations have not responded to these market changes. Senate Energy and Natural Resources Committee Chairman Lisa Murkowski (R-Alaska) and Sen. Ron Wyden (D-Ore.) raised concerns more than two years ago about out-of-date regulations allowing coal companies to avoid paying full royalties by selling coal to affiliated trading firms at low domestic prices, which then resell it abroad.

There is enough evidence to suggest the DOI’s coal program is failing to ensure a fair return to taxpayers. The predominant leasing process currently used by BLM seldom generates competitive bids, and studies indicate the resulting losses are substantial. Outdated rules allow the value of federal coal be set in non-arm’s-length sales between two entities with interlocking ownership, allowing the entities to collude and set a lower price to reduce royalties. Congress needs to take this opportunity to engage in productive oversight of the program and focus on solutions to these well-documented problems.