Close readers of TCS analysis have seen our popular posts where we pretend the Pentagon spending in the Overseas Contingency Operations (OCO) account is its own separate “agency” in terms of discretionary spending. Then we rack it up next to the “real” federal agencies for discretionary spending and see where it ranks.

Take a look at our handy chart. 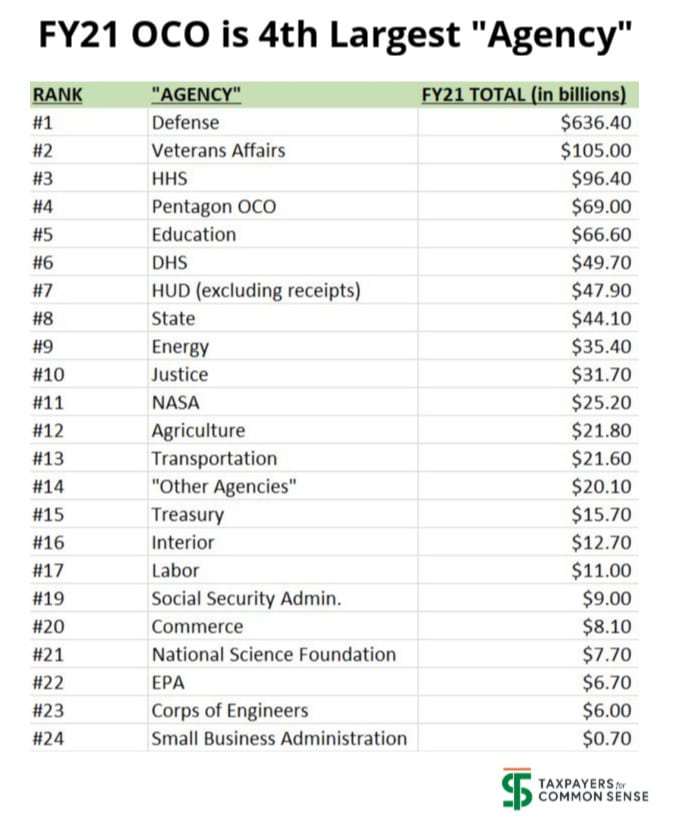 There have been years where OCO spending is second only to Pentagon spending in its so-called “base” budget. This year at a “mere” $69 billion, it’s “only” the 4th largest. So, progress? (Are you reading our sarcasm here?)

You can slice these numbers more ways than a Deluxe Ronco Veg-o-Matic Food Chopper. So we’ll leave you with just one other bit of comparison. If you took the bottom seven agencies, from #16 Department of Interior to #24 Small Business Administration, they add up to $61.9 billion. That means OCO is just a little more than $7 billion more expensive than the cheapest eight federal agencies.

Put that in your Veg-o-Matic.