Ten Senate Republicans have proposed a $618 billion COVID-19 legislative package in response to the Biden Administration’s proposal for a $1.9 trillion COVID-19 relief bill.

The majority of this slimmed-down counteroffer is in two areas: an additional $300 a week in unemployment benefits through the end of June for a total of $130 billion + $1,000 direct payments to a individuals earning less than $40,000 ($80,000 per couple) for a total of $220 billion. These would both be cuts from the administration’s proposal. In the Biden proposal pandemic unemployment benefits would be extended through the end of September at $400 a week. And individual checks of up to $1,400 would be directed to individuals earning less than $75,000 ($150,000 for couples).

Those two programs in the Republican Senators’ plan add up to $350 billion. That leaves $268 billion for everything else. In descending order of spending: 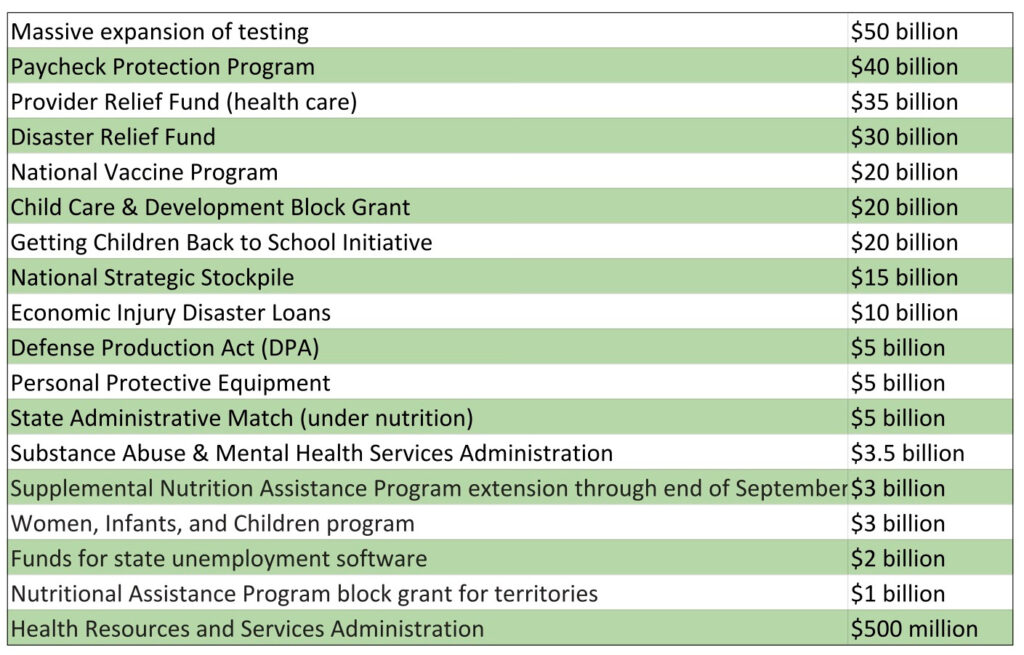 This ranking of the numbers shows you the true priorities of the package. As a summary table there are many questions as to exactly how this spending will be directed. For example, exactly how will $50 billion for “massive extension of testing” (their words, not ours) be directed? That’s a lot of money for this package and it’s pretty vague.

Also, $5 billion for the DPA is pretty small potatoes. You can get a lot of N-95 masks for that, but how about other vaccine distribution related supplies?