Gone with the Wind: How Taxpayers are Losing from Wasted Gas

ReportGone with the Wind: How Taxpayers are Losing from Wasted Gas

Oil and gas companies drilling on federal lands are losing a significant amount of natural gas. In their drilling operations, they are consuming free-of-charge gas worth billions of dollars while some gas is also being leaked into the atmosphere from drilling equipment. Historically, these companies have paid royalties on only a tiny fraction of this lost gas, and the Department of the Interior (“DOI”) does not have a system to track those losses. 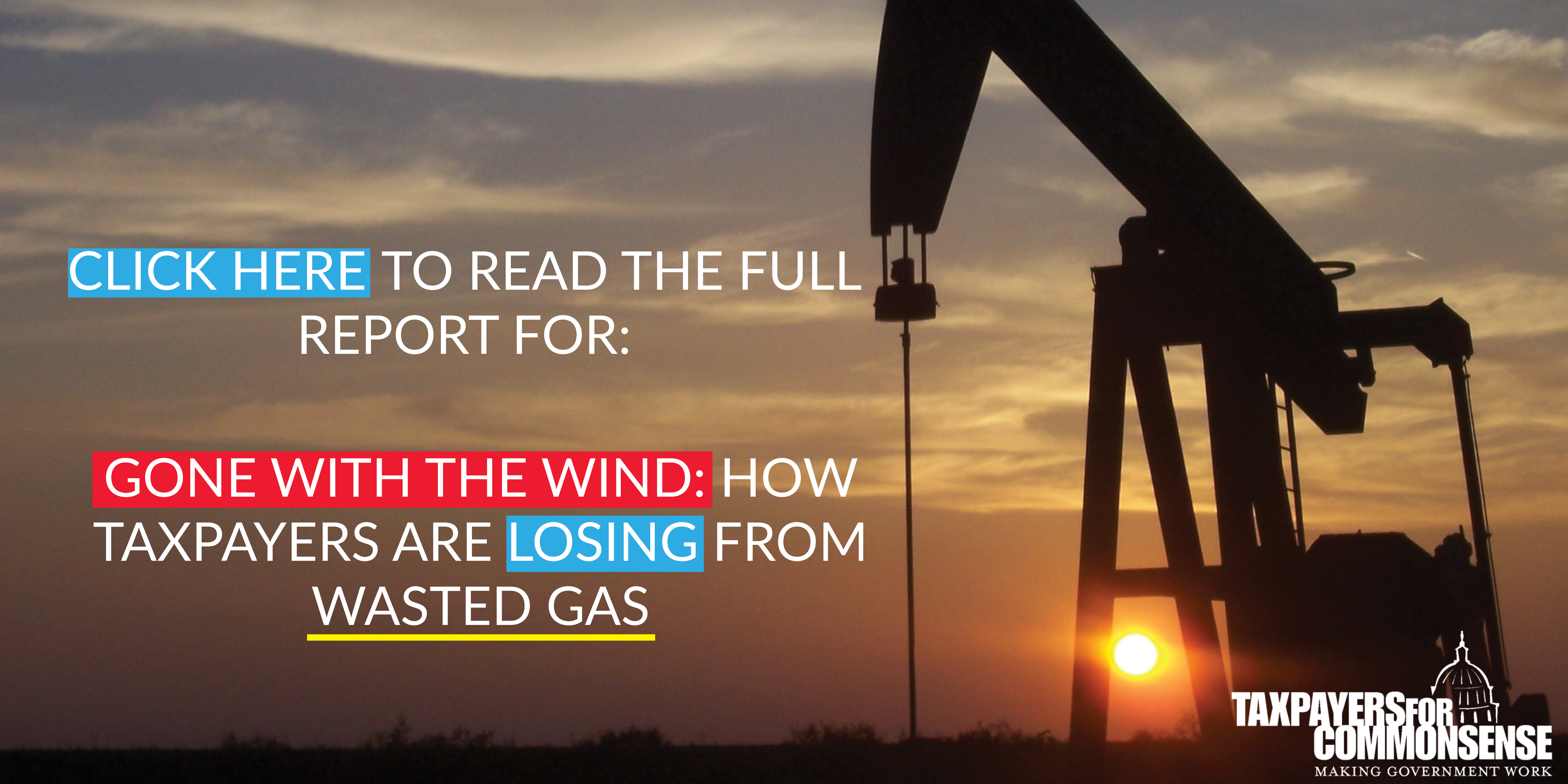 Taxpayers for Common Sense (“TCS”) requested information about the disposition of federal gas on onshore federal leases[1] from the Office of Natural Resource Revenue (“ONRR”), the DOI office that manages revenues owed for development of federal energy and natural resources. TCS analyzed the information in the context of recent revelations about data reporting and accounting lapses at the Bureau of Land Management (“BLM”). The results of that analysis presented in this report add to and update the 2014 TCS report, “Burning Money.” Here is what we found:

[1] The data included in this report are limited to the federal mineral estate. The dataset does not include disposition of gas from Indian mineral rights or non-federal mineral rights. The BLM administers some leases that include more than one mineral estate, known as “mixed estate” leases. The data reflect only the natural gas volumes attributed to the federal share for these leases.

[2] Comparison of federal-only disposition values is difficult because most studies of methane losses from oil and gas production include non-federal gas. Even when adjusting aggregate data for only the federal share of total production, the amount of estimated lost gas is higher in most studies than what is reported by industry to ONRR.

[4] Federal lessees pay royalties to the federal government for the right to mine and sell publicly owned resources. The royalty rate for onshore natural gas is 12.5 percent of the sale price.