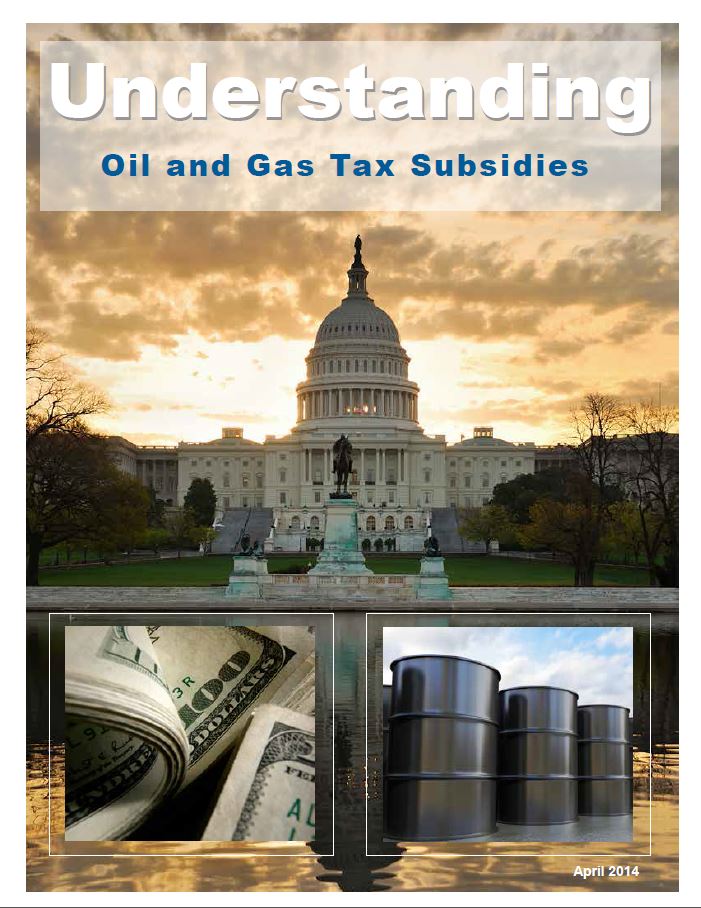 Understanding Oil and Gas Tax Subsidies is an in-depth look at special provisions written into the tax code over decades that benefit producers of oil and natural gas. As Congress contemplates comprehensive tax reform, special interests of all varieties and their spokespeople have been quick to defend the tax breaks and carve-outs that are boons to their particular industry. To ensure that the tax  reform debate is guided by the facts, this report examines and refutes claims made by one of the groups that benefits the most from the status quo and needs federal handouts the least: the oil and gas industry.

Part I of the report investigates the oil and gas industry’s assertion that it pays higher taxes than any other. The report finds that in making that claim, the industry uses misleading wording to leave the impression it pays a high federal tax rate, when the tax rate it advertises really includes local, state, federal, and international taxes, and counts taxes that won’t be paid for years (if ever). After looking through years of corporate tax filings, the report concludes that in between 2008-2012, the three largest U.S. based oil and gas companies only paid, on average, a 20 percent tax to the U.S. Treasury, 15 percent lower than the statutory corporate rate of 35 percent.

To explain the industry’s reduced tax rates, Part II of the report evaluates seven tax treatments and accounting gimmicks oil and gas companies use to their advantage.  These range from the nearly century-old intangible drilling cost deduction, which allows companies to write off known equipment expenses as if they are research and development investments; to more recent efforts to evade taxes such as Master Limited Partnerships, which allow entities that are effectively corporations to avoid corporate tax rates by labeling themselves as partnerships. In September 2013, MLPs had a market capitalization of $490 billion, and more than 85 percent of the MLPs were energy and natural resource related.

Other tax and accounting provisions include: special percentage depletion allowance, which can be used in some cases to claim tax deductions in excess of investment; deduction for tertiary injectants, which allows companies to deduct some costs immediately instead of capitalizing them and depreciating the cost over the life of the investment; amortization period of geological and geophysical costs, which for smaller companies is reduced to two years; last-in, first-out accounting, which allows companies to assume that the oldest (and presumably cheaper) barrels of oil remain in inventory reducing tax burdens; domestic production activities deduction (Section 199), which allows an additional deduction from the tax rate for manufacturing in the US – roughly one-third of all US corporate activity qualifies for the deduction, including oil and gas production.

Read the report to discover how oil and gas companies are misinforming the tax reform dialogue and how the industry has been able to cheat the tax man for decades.

Get the Report Here! 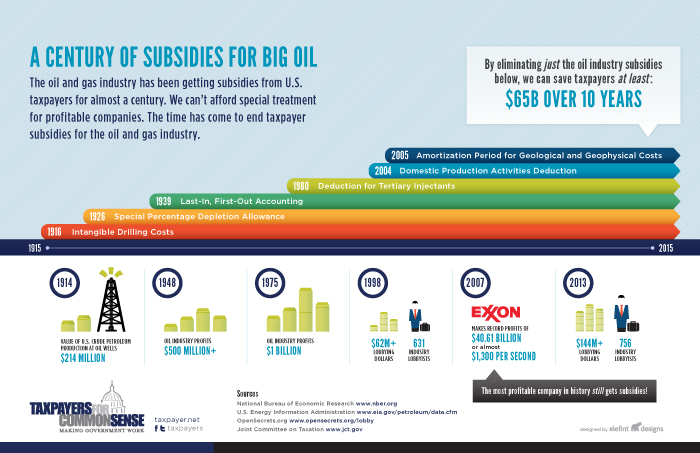