Originally published on October 27, 2017 in The Fayettville Observer

Hurricane Matthew is the latest warning that unless Congress reforms the broken federal flood insurance program, it could be bankrupt when the 128,000 North Carolina policyholders turn to it after the next storm strikes.

The National Flood Insurance Program (NFIP), which administers flood coverage to more than 5 million policyholders in 22,000 communities across the country, is $23 billion in debt, and that is only going to grow. With the NFIP up for reauthorization next year, lawmakers should prioritize fixing the program before it becomes completely unsustainable.

Congress can start by taking steps to inject more private insurers into the flood insurance marketplace, which would move risks and costs from taxpayers to private capital markets. 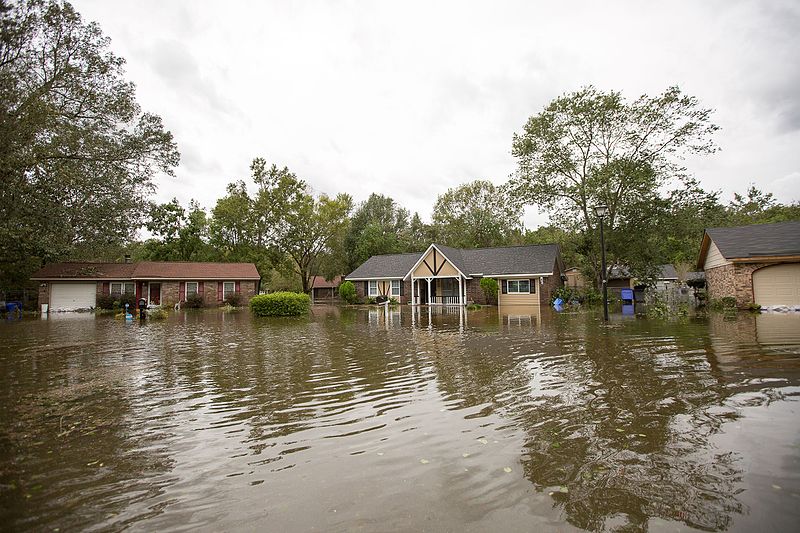 The House of Representatives took an important step toward improving the NFIP’s long-term success last spring by passing the Flood Insurance Market Parity and Modernization Act with a unanimous 419-0 vote. This bill would level the playing field for private flood insurers by clarifying that private policies can be used to meet flood insurance purchase requirements; the Senate should follow suit by passing this important bill as soon as senators return post-election.

In addition to bringing in more private insurers to the flood insurance marketplace, Congress should implement a national mitigation strategy to cement the NFIP’s long-term success.

A comprehensive mitigation strategy would require a multipronged effort that would include strengthening natural features to help buffer from storms, preservation of green spaces, buyouts of repeatedly flooded structures, and property-level interventions such as razing an at-risk home. This strategy would also provide financial assistance to lower-income policyholders for more effective preparation prior to future storms.

Taking proactive measures, such as strengthening infrastructure and updating building codes, would go a long way toward ensuring that communities are better prepared for the next major storm.

President Obama made headway toward improving America’s resiliency last year by issuing an executive order called the Federal Flood Risk Management Standard, which requires federally owned or funded buildings and infrastructure be built to withstand a future of more severe and sometimes fatal storms. This effort is critical to minimizing the costs – both monetary and human – of future floods and is a great first step, so it should be supported by Congress.

Additionally, Congress should work to ensure that the most accurate risk assessment tools, as well as modern technology, are being used to update flood maps. In turn, property owners wouldn’t have the burden of determining risk, and the NFIP and private insurers would be able to offer rates that accurately reflect the risk that a property faces.

The fact is that all 50 states have experienced floods in the past five years, and frequent storms are a new reality to which our nation must adapt. Unless lawmakers act quickly, relief for North Carolina and others recovering from Hurricane Matthew may soon dry up.

Steve Ellis is vice president of Taxpayers for Common Sense and a member of the SmarterSafer coalition. For more information, visit smartersafer.org.