In the current fiscal climate only the Pentagon receives so much money they have to invent new programs to spend it all. Just a couple of years ago – when Congress was larding up the Overseas Contingency Operations (OCO) account far above the Administration’s request – a brand new program was born to absorb some of the tsunami of cash.

Enter the so-called European Reassurance Initiative (ERI.) Less than a billion dollars when the Obama Administration first proposed it, this year’s request is for $3.4 billion. You might wonder how this 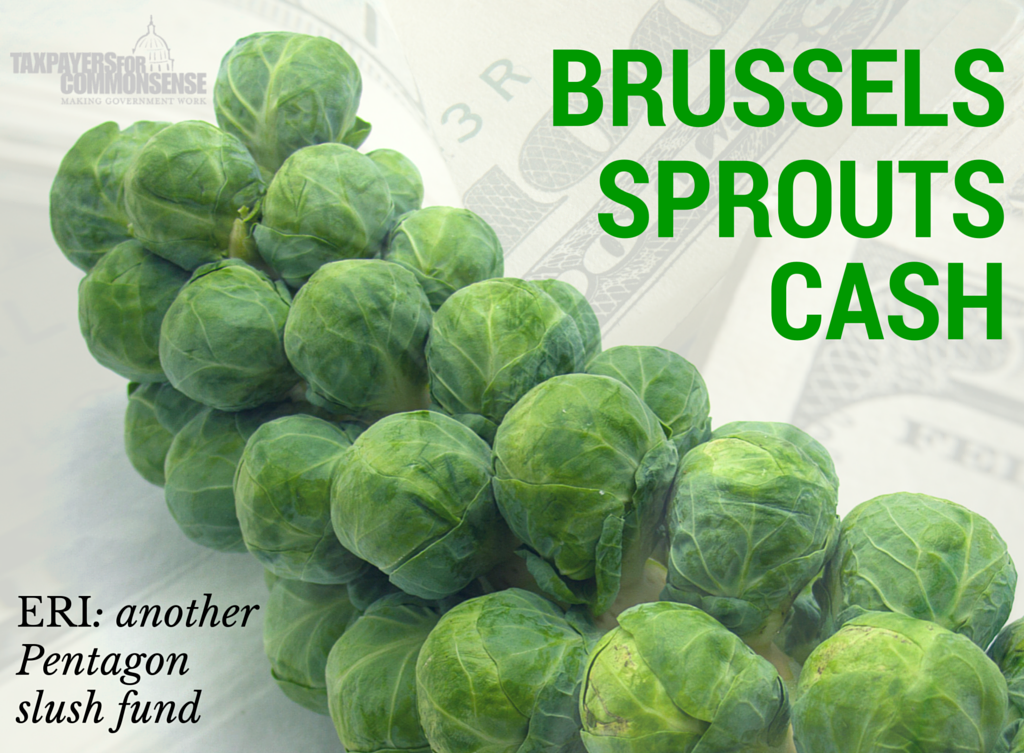 new program differs from what the United States already does to “reassure” our European allies – pay 22% of the total bill at NATO, headquartered in Brussels, Belgium. (The next closest contributor to overall costs is Germany at 14.6%. You can find the full list of what percentage each of the 28 NATO allies contributes here.)

The answer would be: not too much. With all that cash, ERI is rapidly becoming NATO-lite.

“…the Department seeks to continue reassurance of NATO Allies and bolster the security and capacity of U.S. partners for the purpose of deterring adversarial threats. The President has stated that the United States, along with its NATO Allies, will continue to take actions that increase the capability, readiness, and responsiveness of NATO forces to address any threats or destabilizing actions from aggressive actors. The FY 2017 ERI funding allows the DoD to reinforce the defenses of NATO members and non-NATO partners in the region that feel most threatened by Russian aggression. Moreover, this initiative messages the strength of the U.S. commitment to security in Europe.”

This is the core of the justification to spend another $3.4 billion of U.S. taxpayer dollars in Europe. But as much as this farcical language begs us to make fun of it, at the core of this mess is a very real issue: the U.S. government is pouring billions of taxpayer dollars into a program to “reassure” our allies in Europe that we aren’t going anywhere. In fact every action the United States has made in Europe since the end of World War II has demonstrated to our allies that we’re committed to the defense of Europe. And while it’s true that we have a stake in the safety and freedom of Europe, is it demonstrably true that we have a 22% stake while the Lithuanians (just to pick a front-line country concerned about Russian aggression) have only a 0.22% percent stake in the same?

What the ERI really seems to be is a backdoor, off budget way for the Army to “get well” after 14 years of using up its equipment in two wars. Buried in the budget request are these further details: 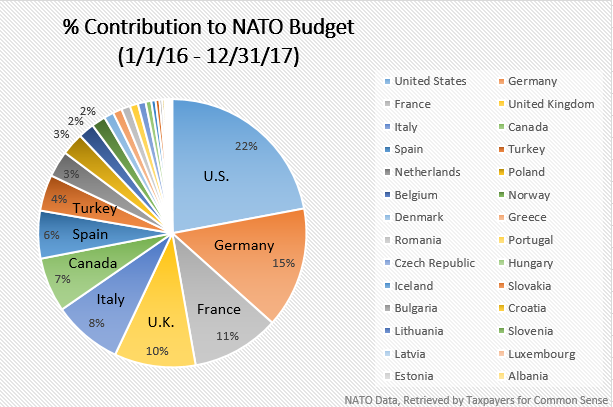 “Specifically, the request funds enhanced training and exercises, improvements to key infrastructure, and three continuous brigade sized rotations to train with allies. It also funds the placement of a full set of Army Prepositioned Stocks (APS) in Europe consisting of one Armored Brigade Combat Teams (sic) (ABCT), a fires element, a division headquarters, and associated enablers. The request sustains the ABCT European Activity Set (EAS) currently in theater and conducting exercises with NATO allies and partners.”

First of all, exercises and training are not contingencies. NATO exercises and training are regularly scheduled and planned years in advance. Setting an extra Division HQ in Europe is the opposite of dealing with a contingency – it’s planning to expand our presence in Europe by a substantial amount. If these are the new goals of the United States, then let’s have an honest airing and debate of the issues. But hurriedly slapping together a program, just because Congress is giving you more money than you can absorb, is bad for the taxpayers as well as being bad policy.

At TCS, we think the initiative that “messages the strength of the U.S. commitment to security in Europe” (as the justification documents claim) is NATO. But evidently paying for 22% of the NATO budget just isn’t enough. Where is the taxpayer’s reassurance that this money is being spent wisely and appropriately and that this seemingly never-ending slush fund will actually end?