And we’ll head directly to our local Navy shipyard. The ever-voracious Members of Congress who represent the shipbuilding contractors and communities are already evincing disappointment in the size of the Navy’s budget request for the Shipbuilding and Conversion accounts.

That’s because the FY21 budget request, at just a hair over $19.9 billion, is $4 billion less than the final number for FY20 ($23.9 billion). Now, before all the ironworkers in America start to shout us down, we’re going to point out that President Trump’s shipbuilding request for last year was $20.9 billion. Congress, mostly the Senate, crammed an extra $4 billion into the accounts. And that’s what the shipbuilding contractors have some to expect, year after budget-busting year. The Administration (and not just the Trump Administration) asks for one amount, knowing the Members of Congress for the big shipbuilding states will drastically jack up spending.

The trend continues with FY21. Remember that Magic 8 Ball we consulted earlier this week about Space Force funding? We don’t need that, a crystal ball or a Ouija Board to tell us that Congress will increase the shipbuilding account by billions as the FY21 request makes its way through Congress.

And we’ll be here to tell you all about it. 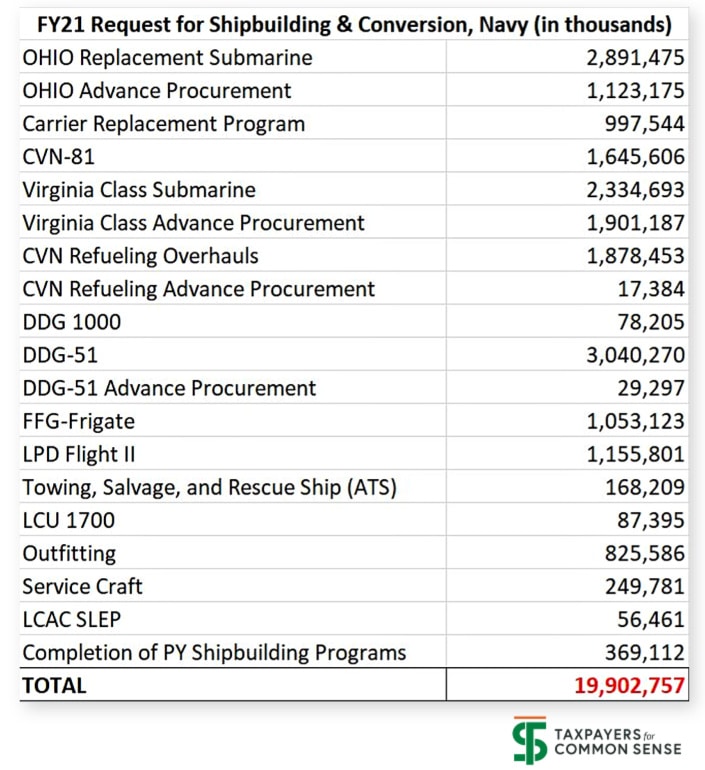