The European Deterrence Initiative: Not Unanticipated nor Contingencies, but still in OCO

Rolling Analysis, FY21 Budget The European Deterrence Initiative: Not Unanticipated nor Contingencies, but still in OCO

The Trump Administration is requesting $4.5 billion for EDI in FY21. And although that is almost five times the budget when this program was originally conceived, it is roughly 25 percent below current funding levels. The request includes $250 million in military aid and equipment for Ukraine through the Ukraine Security Assistance Initiative (USAI).

The European Reassurance Initiative (ERI), as it was then known, was first announced by President Obama at a press conference in Poland in 2014. Originally it was meant to supplement the U.S. commitment to the North Atlantic Treaty Organization (NATO) alliance as a way to reassure our European allies. EDI’s five program objectives include: (1) increased U.S. military presence in Europe; (2) additional exercises and training with allies and partners; (3) enhanced prepositioning of U.S. equipment in Europe; (4) improved infrastructure for greater readiness; and (5) building allied and partner capacity.

EDI is funded through the Pentagon’s Overseas Contingency Operations (OCO) account which is designed to be used to fund unanticipated military operations and disaster assistance. Yet the training exercises and equipment purchases funded through EDI are not unanticipated contingencies. Exercises are regularly scheduled events planned years in advance, while the pre-positioned equipment being funded is meant to meet some future unknown need, rather than a current demand. This is clearly not a “contingency” and another troubling sign of how the OCO account is being used to fund activities that belong in the Pentagon’s “base” budget.

And in case we haven’t made a clear argument for this being a misuse of the OCO funding category, the Defense Department has laid it out plainly for us. According to the Pentagon’s request, EDI funding is included in the OCO accounts under “Enduring Requirements.” The Pentagon defines these costs as those “that will remain after combat operations end.” They are not unanticipated costs, they’re not even contingency costs. They’re the costs that remain after the contingencies have ended. 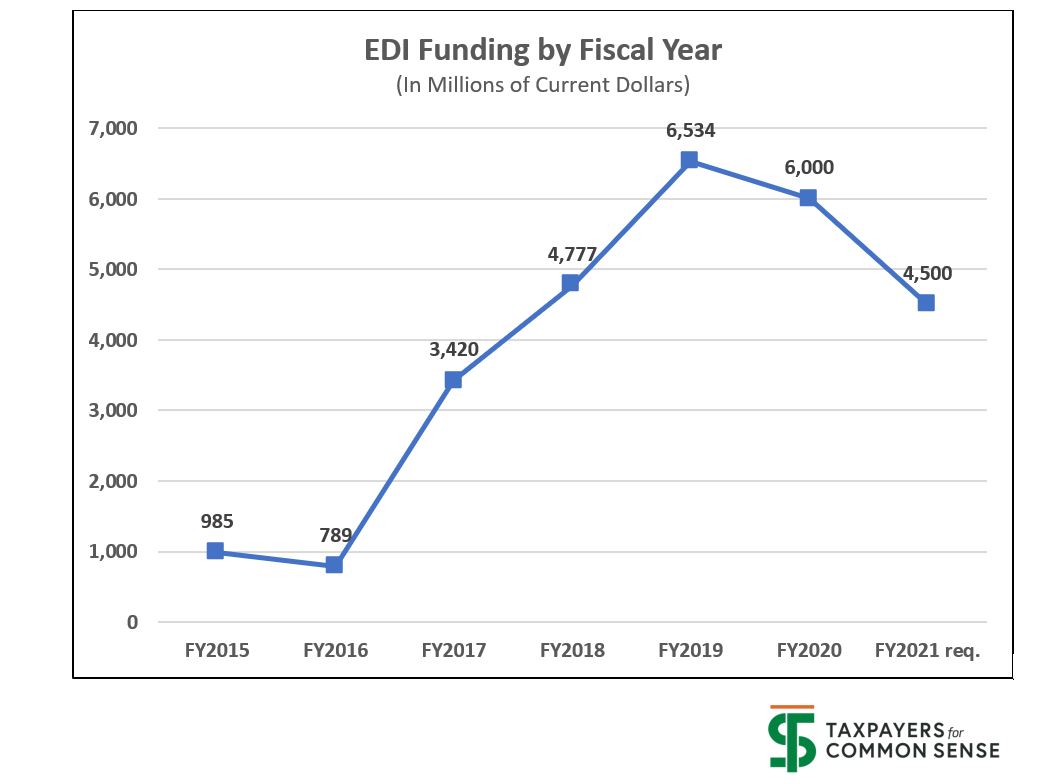