We can hear the rallying cry now, “President Biden is gutting the Pentagon budget!” Erm, no.

Details are in short supply today, but a topline of $715 billion in discretionary spending for the Pentagon (vice the entire national security establishment) is an increase over the Trump Administration’s request in Fiscal Year 2021 of $705.4 billion (not adjusted for inflation.) Take a moment to peruse the colorful TCS pie chart from last year’s budget request. 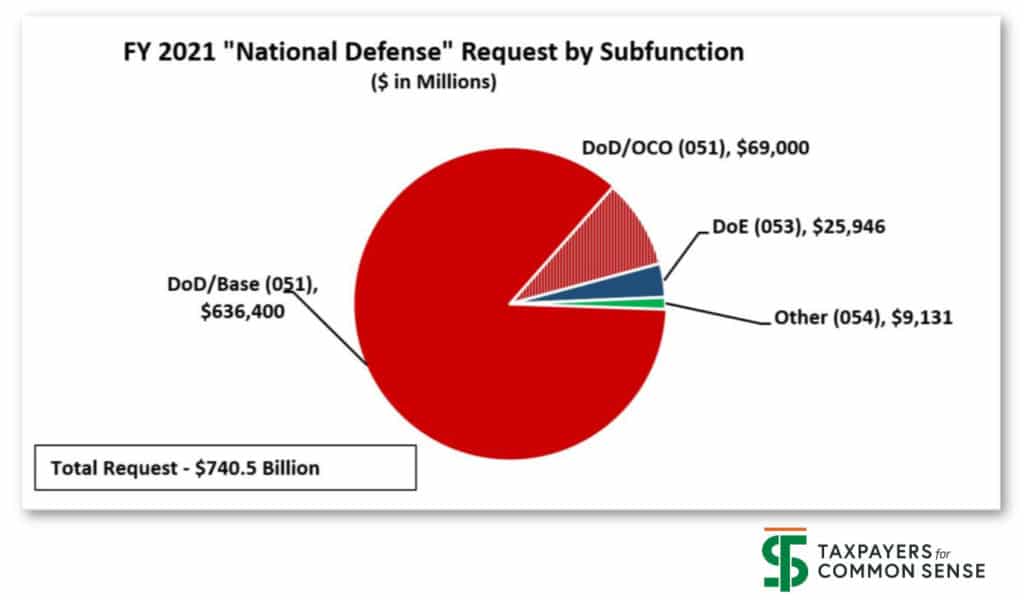 Note that the “apples to apples” equivalence is the Pentagon base budget number of $636.4 billion plus the Overseas Contingency Operations account number of $69 billion which adds up to $705.4 billion. If you run that number through the Consumer Price Index (CPI) inflation calculator, an imperfect tool, an inflation adjusted number for the Pentagon would be $719.1 billion.

So, if the CPI inflator is our guide, the Pentagon budget may be receiving a .6% decrease in spending.

However, and it’s a big however, this budget outline is supposedly only for discretionary spending. So if you add in the level of mandatory spending for the Pentagon, forecasted by the Trump Administration to be $10.6 billion in FY22, we are no longer looking at a cut for the Pentagon.

So, let’s hold off the cries of gutting Pentagon spending until we know all the numbers.