Defense AppropriationsLockheed Martin Gobbles Up Bonus Cash PieThe right chair appears to get the company a big chunk of change.

The Senate returns today for a rare August session. One of the first things out of the gate will be the big enchilada of appropriations measures, a massive combined Defense and Labor-HHS-Education bill. As we looked through the package one thing caught our eye, something that wasn’t there – or at least a lot less of it compared to the House: New increases to major procurement programs for Lockheed Martin.

We wanted to compare lists and here’s what we came up with. In the Senate bill 41 percent of funds were directed all or in part to Lockheed Martin. In the House bill that figure is 78 percent. By “in part” we mean Lockheed Martin is one of the companies that may work on the major program. Even without those programs, Lockheed Martin gets 55 percent of the haul. Take a look, and click on either image for a better view, for a pie chart is worth a thousand words. 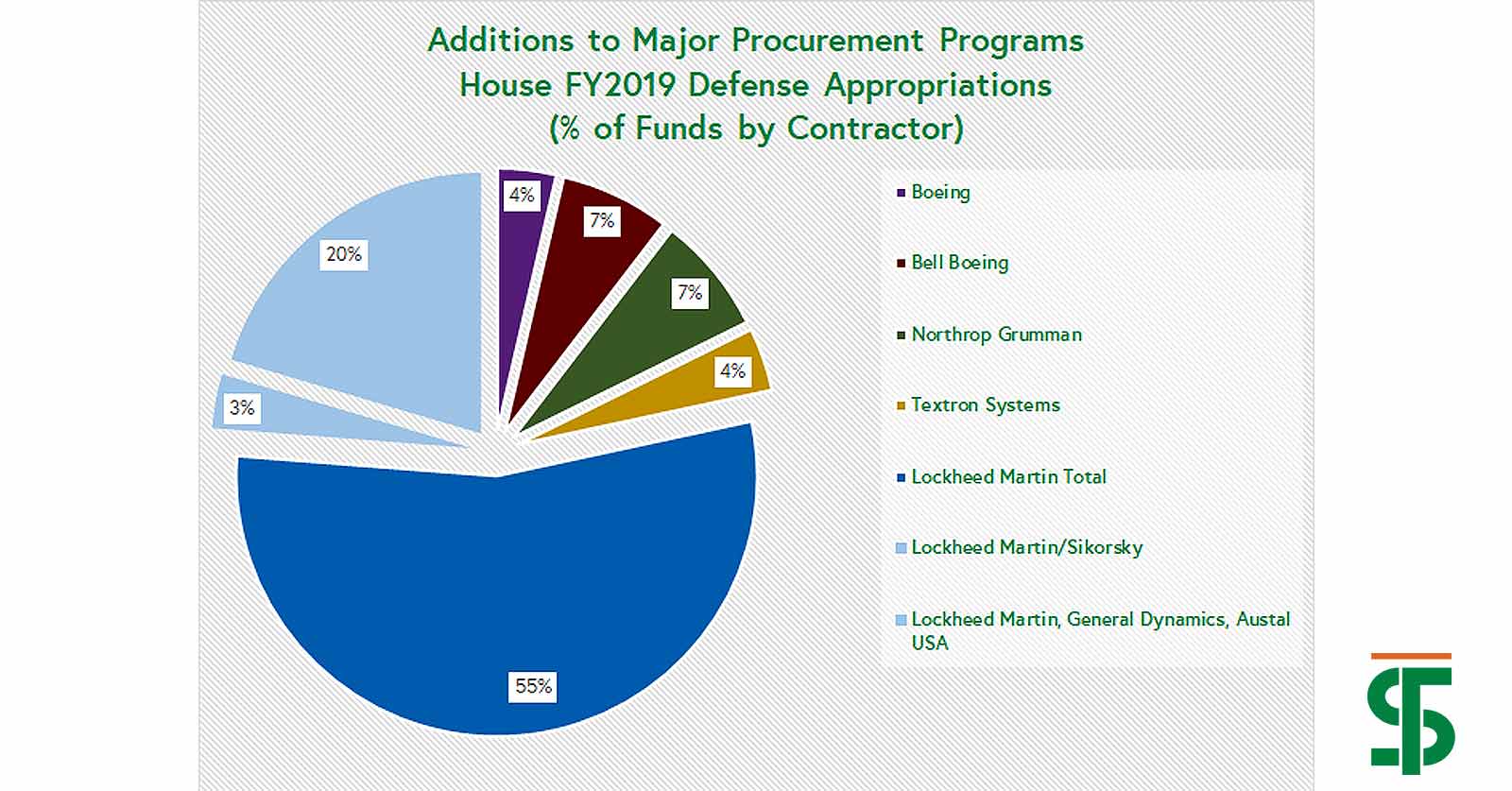 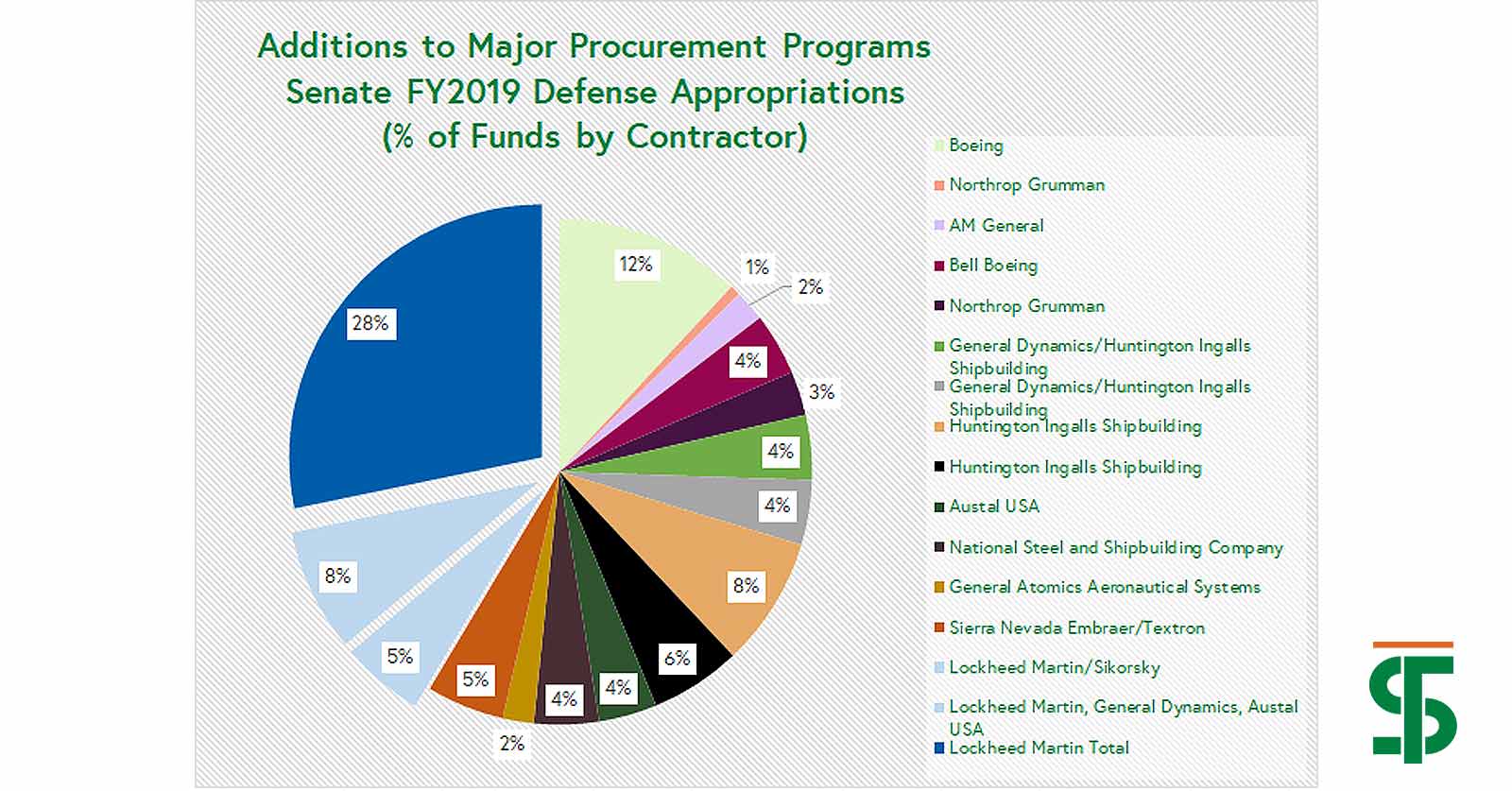 So even though the Senate added more to major procurement programs ($4.651 billion) than the House ($6.032 billion), Lockheed Martin got more in absolute terms in the House bill ($3.6 billion) vs. Senate ($2.5 billion). Here’s the House and Senate spreadsheet.

Want to know why? We can guess. The Chair of the House Defense Appropriations Subcommittee is Rep. Kay Granger (R-TX) and she represents Lockheed, or rather Fort Worth, where a major division of Lockheed is located. Senate Chair is Sen. Richard Shelby (R-AL) and he doesn’t represent Lockheed, but he didn’t lard it up for Alabama.

It’s good to be the queen.