The Trump Administration is proposing a massive funding increase for the Department of Energy’s National Nuclear Security Administration (NNSA). At $19.8 billion, the request increases current NNSA funding by $3.1 billion, or 18.4 percent. 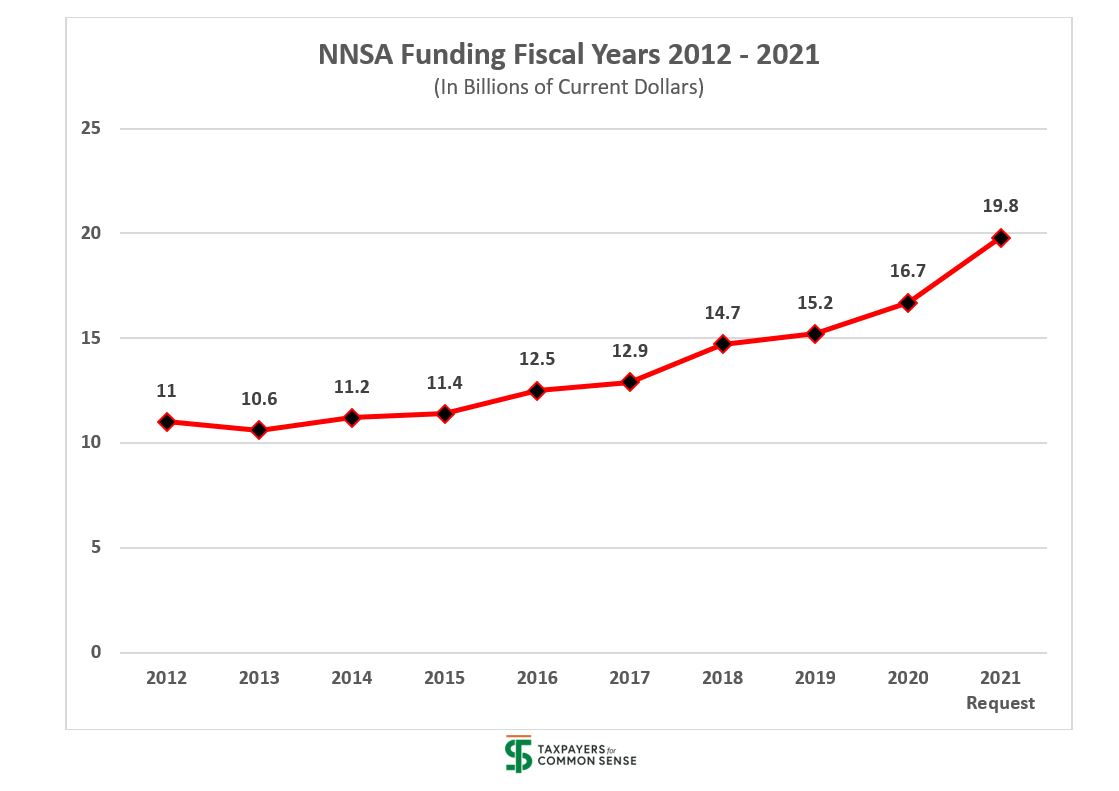 In the FY 2021 request, the Department of Energy states that the additional NNSA funding is necessary to support the modernization efforts of U.S. nuclear forces called for in the 2018 Nuclear Posture Review.

Not surprising, then, that the lion’s share of the administration’s proposed additional funding comes under the heading of “Weapons Activities,” which itself grows by $3.1 billion, (more than 25 percent) and where every account is seeing a funding increase. For example, “Stockpile Management,” the budget for maintaining the security and operational viability of the U.S. nuclear arsenal, would increase by over $600 million (16.4 percent). Meanwhile, “Product Modernization,” which includes funding to support the resumption of nuclear warhead “pit” production at a new facility at DoE’s Savanah River site, would receive a staggering 57 percent increase. 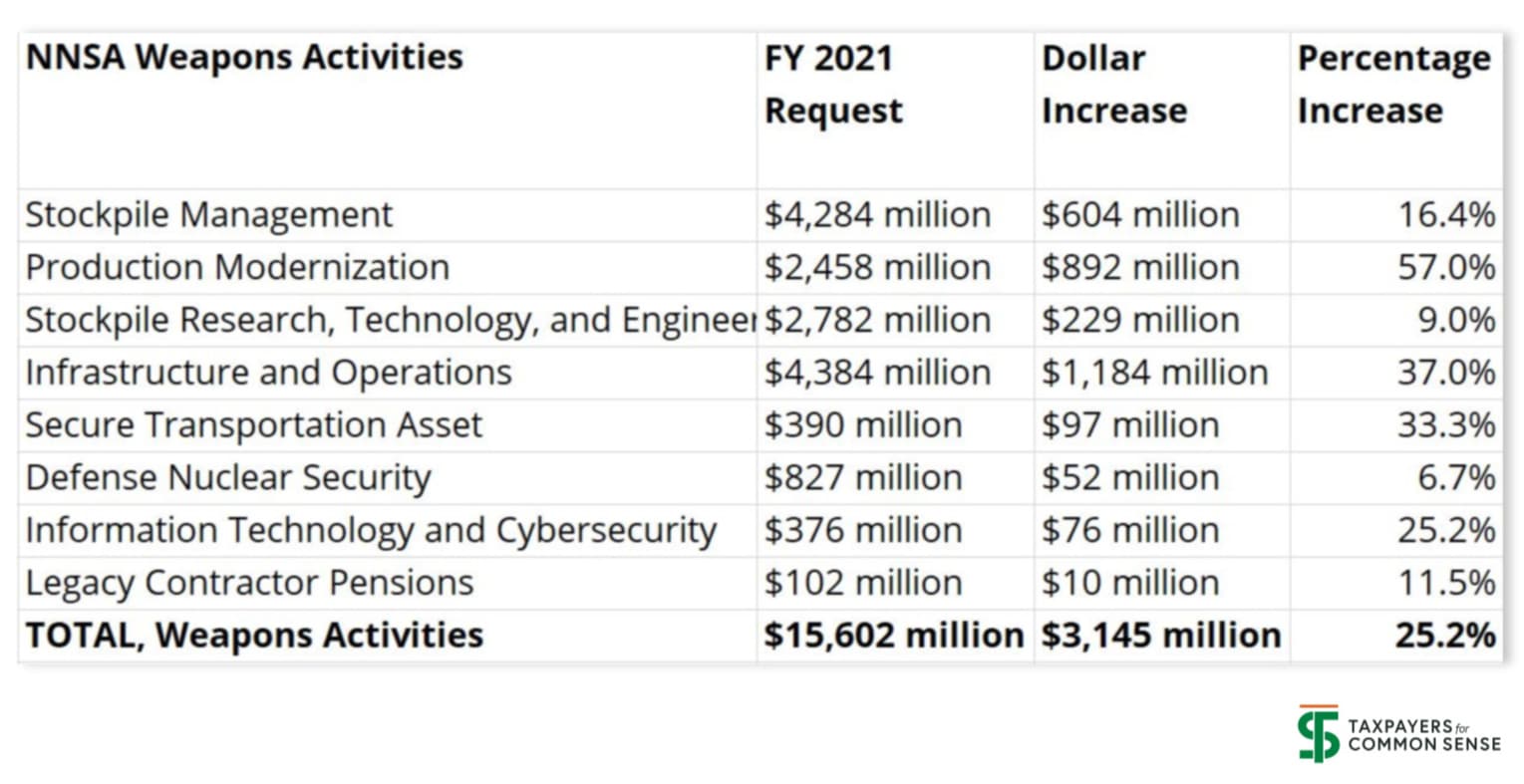 One area of the NNSA budget not receiving a funding increase in the request are the “Defense Nuclear Nonproliferation Programs.” These programs are intended to promote U.S. security by halting the global spread of nuclear weapons or weapons-related materials, technology and expertise. At just over $2 billion, the administration’s request for NNSA non-proliferation programs is $133 million below current levels, a decrease of 6.2 percent.