There are lots of ways one might answer “what does the government spend on protecting the United States?” But to true budget watchers there is only one answer – it’s the “National Defense” portion of the annual budget, also referred to as “Function 050” (Pronounced “Oh-Five-Oh”; for more information on this budget function, see the TCS “Topline” Fact Sheet).

Subfunction 051: “Department of Defense-Military” which is the Pentagon’s annual “base” budget plus any funds allocated for “Overseas Contingency Operations” (OCO).

Subfunction 053: “Atomic Energy Defense Activities” which funds the nuclear weapons-related activities of the Department of Energy.

As the chart shows, at roughly $705 billion in the FY21 request, the Pentagon portion (051) makes up the lion’s share of the “National Defense” Function (about 95 percent). At about $26 billion, nuclear weapons (053), although nothing to sneeze at, comes in a distant second, while “other” (054) rounds out the field at about $9 billion. Add all those up and the total FY21 request for “National Defense” is $740.5 billion. 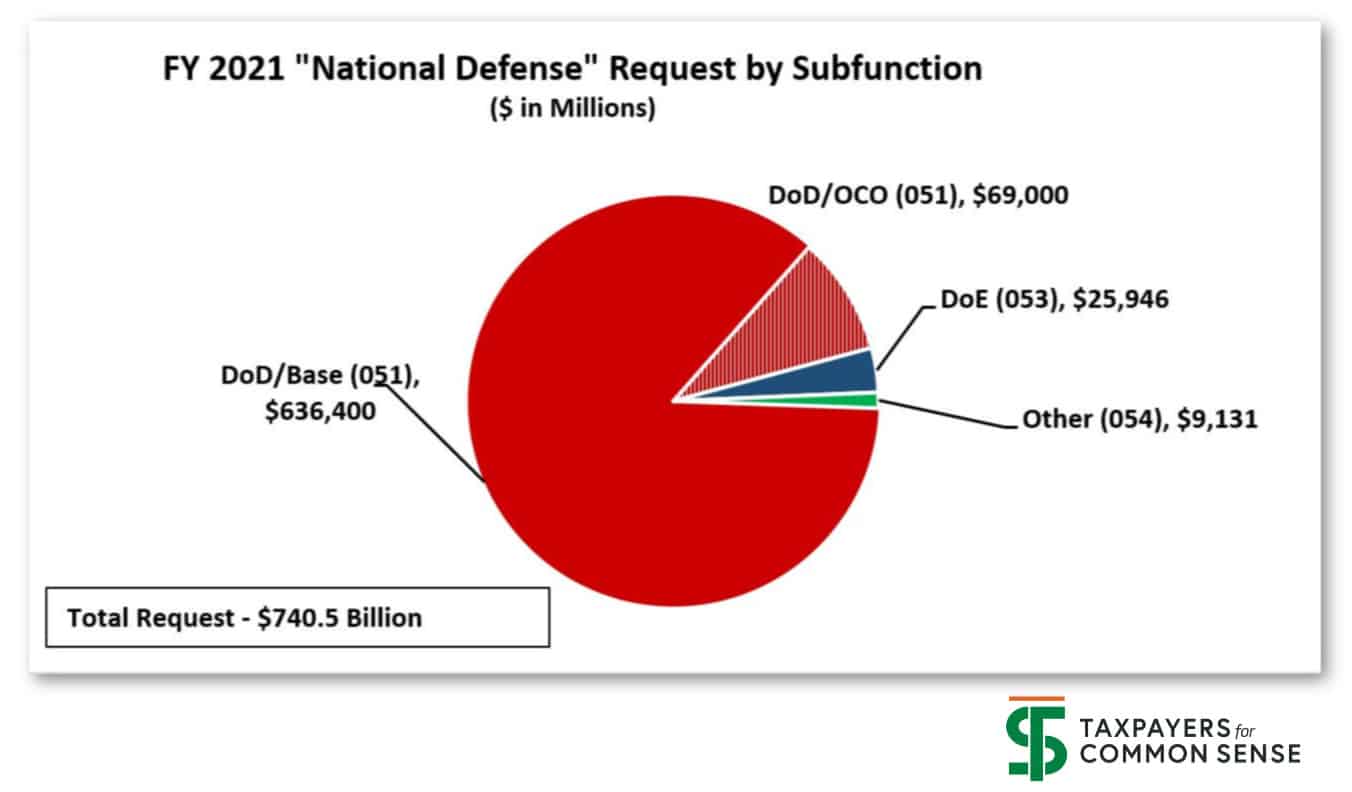