On September 13, the Department of the Interior’s (DOI’s) Royalty Policy Committee (RPC) convened its fourth full committee meeting in Lakewood, Colorado. The RPC was established by Secretary of the Interior Ryan Zinke in March of 2017 to identify and recommend policy changes for DOI and its sub-agencies related to leasing federal lands and waters, and royalty collection. The advice of the RPC, if adopted by DOI, has direct ramifications on land use and federal resource revenues collected on behalf of the nation’s taxpayers.

The RPC’s meeting last month followed an agenda similar to previous gatherings of the full committee. The meeting opened with comments from the committee’s acting chairman Scott Angelle, the Director of the Bureau of Safety and Environmental Enforcement, who assumed the role after the former chair, Vincent Devito, left DOI for a position with an offshore oil and gas company.

Angelle took a more active role in the RPC meeting than his predecessor, beginning with lengthy opening remarks. The acting chairman highlighted the fact that royalty revenues derived from resource production on federal lands is the largest source of non-tax income for the U.S. treasury. His presentation included preliminary numbers on revenues generated in Fiscal Years (FY) 2017 through the third quarter of FY2018. 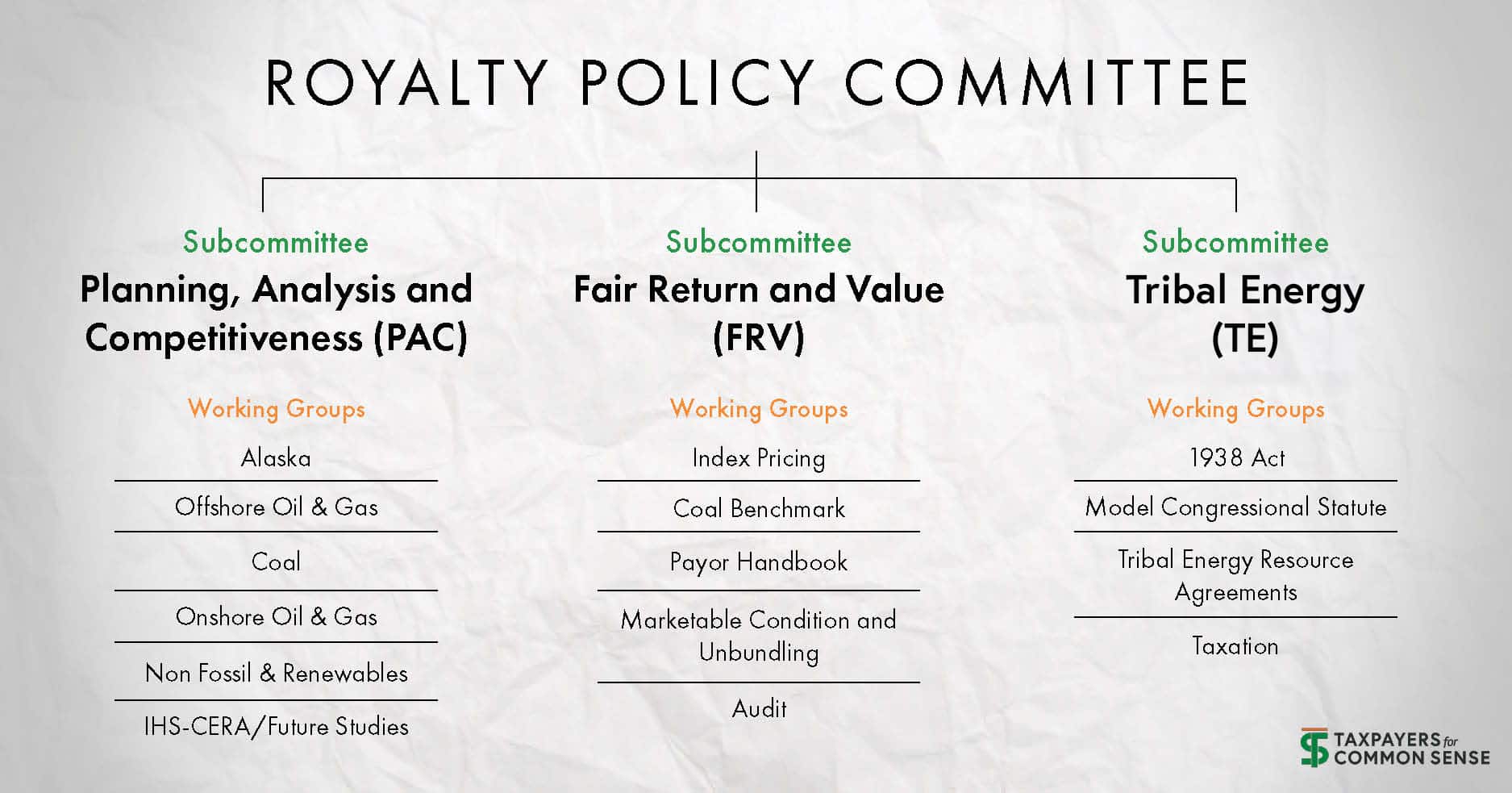 As introduced, the recommendation asked DOI to implement a pilot project limiting the Bureau of Land Management’s (BLM) timeframe to review certain drilling permits on federal lands. The language put forth by the PAC would give BLM a 45-day limit to approve certain drilling permits; if BLM did not respond to a drilling application within 45 days, producers would have de facto authorization to drill.

The PAC subcommittee‘s second recommendation called for DOI to adopt the same framework for administering royalty payments from coal leases that it currently uses for payments from oil and natural gas leases. Matthew Adams, a Mineral and Energy Stakeholder member from Cloud Peak Energy, presented the recommendation and asserted its necessity due to of the lack of concrete guidelines surrounding coal royalty payments. Specifically, the recommendation as adopted is for DOI to apply the Federal Oil and Gas Royalty Management Act of 1982 (FOGRMA) and the Federal Oil and Gas Royalty Simplification Act of 1996, which amended FOGRMA, to coal.

The laws established rules for inspections, recordkeeping, disbursements, penalties, adjustments, administration timetables, and deferral to states regarding royalty payments, among other things. It’s unclear the extent to which applying the same rules to coal royalties would change current practice. The committee passed the recommendation to include coal in the existing oil and gas royalty framework.

The FRV subcommittee’s first recommendation was to change how the value of federal natural gas, and thus royalties paid on it, is calculated. The initial language of the recommendation would have allowed producers to determine their own valuation method, something PAC subcommittee members said was never their intent. Discussion of the recommendation’s language during the meeting resulted in narrowing its scope from the original language. If adopted by DOI, the recommendation as amended would allow producers to choose from different options in calculating the value of natural gas. All options, however, would incorporate a concept of “Marketable Condition” into index pricing valuation for gas that would likely allow producers to reduce the amount of royalties they pay to taxpayers. The amended language was approved by the full committee.

The FRV subcommittee’s second recommendation was supported by Taxpayers for Common Sense. It called for greater transparency in the DOI and its sub-agencies through the release of more comprehensive oil and gas leasing data. Leasing federal lands, managing the production of natural resources, and collecting royalty revenues from those resources involves four agencies at DOI, which release data of varying degrees of transparency and quality. After working on these issues for decades, TCS can certainly attest to the diversity in quality, and often, insufficiency of DOI data. There was very little debate on the recommendation before it was passed by the committee.

It was also announced at the meeting that the RPC is reopening nominations for committee membership. DOI told meeting participants that there are vacancies in each of the membership categories and will be considering applications for each of the membership categories. A federal register announcement will be post in early October, detailing what DOI is looking for in potential new members. The RPC will reconvene in January of 2019 in Phoenix, Arizona.