Weekly WastebasketBuy America – More Protectionist Than PatrioticA Flag Day reminder that Buy America isn't the right thing to do when it's actually back door earmarking.

Happy flag day! What gifts did you get?

We can tell you what policymakers are handing out. Protectionist set asides known as Buy America provisions. Including the purchase of U.S. flags. 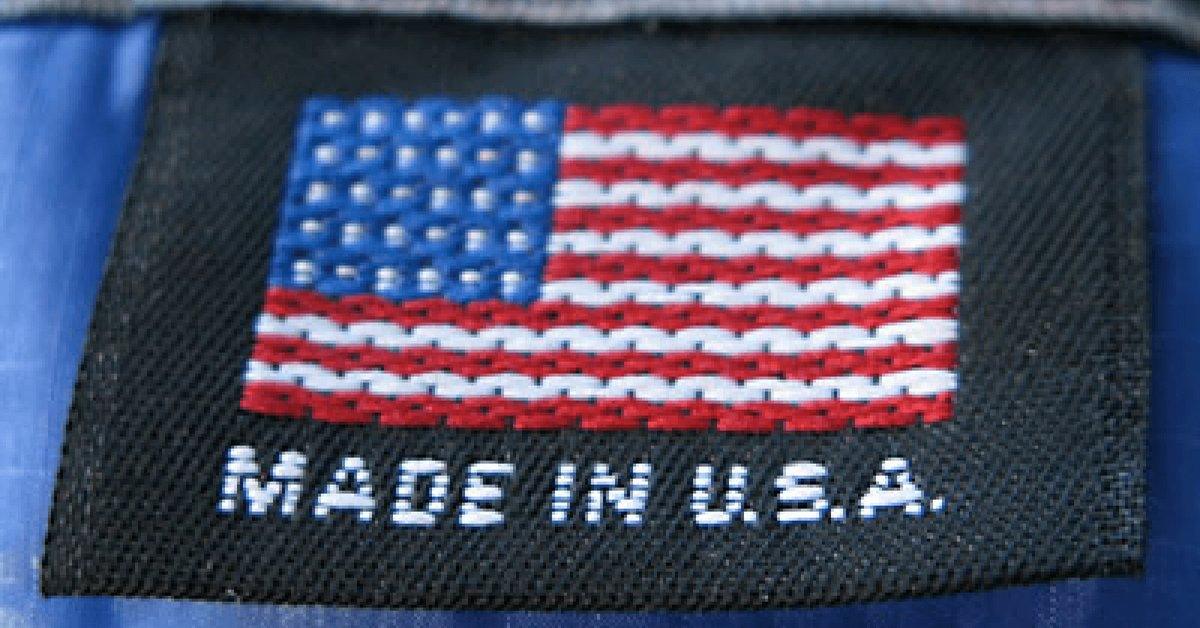 But unfortunately, in a back-door form of earmarking, many lawmakers think taxpayers should be buying products mostly made by their constituents, no matter the price.

What type of things are required to be bought in America? Anchor and mooring chain for the nation’s ships. Carbon, alloy and armor steel plate. Ball and roller bearings. For all of these, the Pentagon must purchase domestically.

But it is getting so much bigger than that. Policymakers are trying to require all the iron and steel used in water supply and treatment projects be U.S. sourced. That is inevitably going to drive up the cost of these projects and some will probably not be built because of it.

It gets even more ridiculous. Sen. Sullivan (R-AK) tried to get all fish served in school lunch programs to be domestically sourced, including the basic tuna fish sandwich. Can you guess which state had more commercial fish landings than the rest of the country combined? Alaska. This was during the farm bill debate last Congress, where he was also joined by Sens. Smith (D-MN) and Donnelly (R-IN) in broader Buy America efforts.

A lot of these efforts are emboldened by the president’s rabid protectionist push. Even leaving aside the misguided trade tariff tiffs and 19th century understanding of trade policy, his January executive order strengthening buy America requirements for infrastructure projects is sweeping in scope. Basically any infrastructure broadly writ would be subject to an even stronger requirement to source domestically than provided for in the earlier Buy American, Hire American executive order. These projects include:

That sound you heard was the cost of infrastructure projects going through the roof. It’s not that buying American products doesn’t make sense. In many cases it does from a logistics, cost, or strategic reason. But blanket policies like this serve to stymie American growth and competition. A stronger country builds the best widget or new product, it does not simply churn out raw materials or use the power of the federal purse to pick winners and losers.

Plodding down the path of parochialism inevitably leads to cronyism and absurd results. For 50+ years, a policy required a specific type of coal be shipped from Pennsylvania to Germany to power one specific power plant serving one U.S. military base. Lawmakers have also spent their time trying to protect sheep and wool industries (the so-called domestic textile industrial base) at the expense of freezing sailors who might, for example, prefer waterproof coats to the iconic pea coat. Meanwhile New Balance becomes the only athletic shoe of choice, a new recruit’s arches or other orthopedic needs be damned.

It’s this slippery slope that leads to a straight-faced argument that domestically sourced silverware for the military services is critical to national security. Um, no, it’s not. House Armed Services Committee Chairman Thornberry (R-TX) speaking against the flatware provision had it right. “We cannot go down the road of adding category after category after category of items to help our districts at the expense of our troops and the best use of dollars when it is not a matter of vital national security. I just don’t think that the knives and forks we use qualify as vital national security.” And neither did a majority of his fellow House members, when they voted to not extend Buy American to forks and knives. A win for cutlery common sense.

So this flag day, tell your elected officials that you want your tax dollars to be spent effectively and efficiently. That’s true patriotism.

Coronavirus relief will only work with ‘actual legislation’