We often talk about the exploding growth in mandatory programs – the budget estimates they will grow by 70 percent between 2017 and 2028. Net interest is set to grow 189 percent over the same period.

This bar chart sums up the situation nicely… 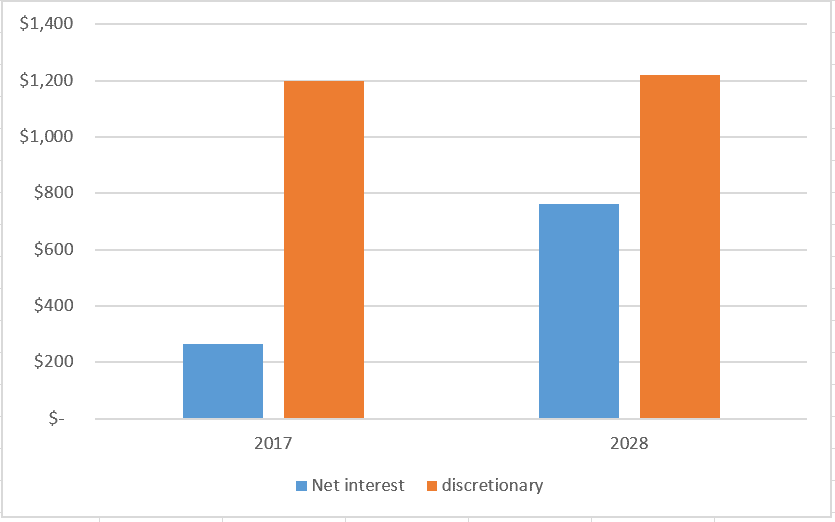