Little noticed beneficiaries of the Emergency Economic Stabilization Act of 2008, commonly known as the $810 billion bailout bill, are the liquor companies Diageo (producers of Captain Morgan) and Bacardi. 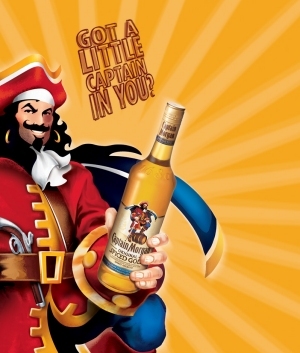 A Taxpayers for Common Sense (TCS) analysis has found that both of these liquor conglomerates benefit from a program renewed in the bailout bill. This program, known as a “cover over,” rebates excise taxes charged on rum imported from Puerto Rico or the the U.S. Virgin Islands back to the territorial governments.  The governments in turn provide as much as 35% of the rebated revenue back to the distillers to help market rum in the U.S. – to teach Americans to “do the mojito“and find out if they “have a little Captain” in them.

The London based alcohol conglomerate Diageo is poised to benefit greatly from the tax rebate. Currently, Captain Morgan rum is distilled in Puerto Rico at the Destileria Serralles. But, Diageo struck a deal earlier this year with the U.S. Virgin Islands (USVI) government to get close to half of the USVI share of the rum excise tax cover over to finance a very lucrative package of incentives, including bonds and marketing support, for Captain Morgan. This convinced Diageo to shift rum production from Puerto Rico to USVI.

The bailout bill makes the cover over more lucrative for Diageo and USVI (Section 308 of the bill). If the rum provision is maintained through the 30-year life of the agreement, Diageo would receive nearly half of the $5.4 billion in excise tax benefits that USVI would receive, according to a TCS analysis of USVI and Diageo data. While the recent extension is backdated to January 1, 2008 and will expire December 31, 2009, it is expected that the provision will continue to be rubber stamped. Since its increase, the provision has been renewed five times.

The financial market bailout bill that was enacted earlier this month included a litany of extraneous tax provisions, particularly the so-called “extenders.” These arcane provisions benefit a range of disparate interests, such as manufacturers of children’s wooden arrows, television and movie productions, and rum distillers. That last one has generated some controversy. White House Deputy Press Secretary Tony Fratto and others argued that the “rum tax” provision would provide funding just to the Puerto Rican and U.S. Virgin Island governments, and not to distillers. However, as USVI documents chronicle, the Diageo agreement reveals that the island governments are merely middle men before half of the money passes on to the rum distillers. For example, currently Cruzan in USVI gets 35% of the excise tax revenue generated by their rum sales in the U.S.

For many years, rum imported to the U.S. was subject to a $10.50 excise tax per proof gallon. For deficit reduction purposes, the excise tax was increased in 1985 and again later to its current level of $13.50. Under long-standing U.S. law, Puerto Rico and U.S. Virgin Islands are entitled to a $10.50 “cover over,” or rebate on the excise taxes. The U.S. has routinely extended a “temporary” additional cover over of $2.75 (total $13.25), leaving only 25 cents going into the U.S. Treasury. The most recent extension passed in the financial markets bailout bill was retroactive to January 1, 2008 (the date of the previous extension’s expiration) and extends through December 31, 2009. According to a Joint Committee of Taxation analysis, the two year increase to the $13.25 cover over rate will cost taxpayers more than $192 million. 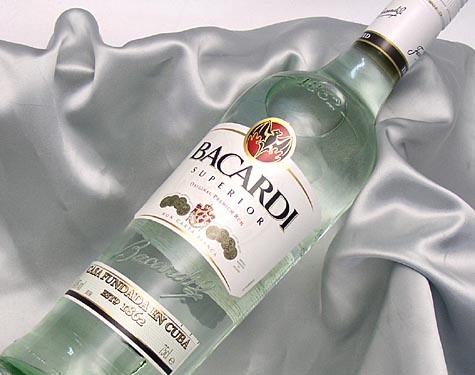 Many tax expenditures have secondary beneficiaries in addition to the primary target. But in the case of the rum excise tax cover over, the direct connection is clear. The plans of the U.S. Virgin Islands are laid out in a June agreement between the USVI government and Diageo. Less is known about the Puerto Rican government’s use of the rebate, however, Bacardi USA actively lobbied on the extension of the cover over. (If anyone has more information about Puerto Rico’s use of the cover over, please email us at tips@taxpayer.net).

USVI will use revenue from the rum excise tax cover over to issue tax-free bonds that will finance construction of a rum distillery for Diageo in St. Croix. Additionally, USVI will provide “marketing support payments” which could pay for Captain Morgan rum ads. In essence, taxpayers will see their tax dollars at work in magazine advertisements and in television promos.

In return, Diageo will shift all Captain Morgan rum production from Puerto Rico to USVI, and employ at least 40 people at the USVI plant (with at least 80% being USVI residents).

Because the excise tax is based on gallon proof of rum sold in the U.S., USVI's share would be set to rise because of this arrangement. According to medium growth rum production forecasts from Diageo, over the 30 year life of the agreement, USVI will see an increase in payments of $5.4 billion, of which $2.1 billion will be directly pocketed by Diageo. In addition, $497 million will be spent financing $250 million in bonds to construct the Diageo distillery. The extra $2.75 cover over that Congress approved in the financial market bailout bill last week, if continued for the life of the project, will be worth $439 million to Diageo.

Finally, despite the deal moving forward, not everyone in USVI is happy with the deal. USVI Senator Neville James said, “To give the people's money away to a foreign company replete with cash and equity is mind-boggling. There is economic development and then there's giving away the ranch.” Neville concluded by saying that, “These flat giveaways of excise tax rebates create a cause for concern. The agreement is simply too one-sided against the territory. Free project, free property, free tax exemptions and the people's money force me to say — so much for our negotiating skills.”

Rum distillers and their allies try to hide the fact that they are receiving direct taxpayer subsidies from the way the rum excise tax cover over has been implemented. But the Diageo/USVI agreement makes clear that U.S. taxpayers are about to become unwitting silent investors in a $250 million rum distillery in St. Croix and that $2.1 billion of tax revenues will be benefitting Diageo’s bottom line for the next 30-years.  Looks like there will be a little bit of all of us ($2.1 billion tax dollars) in the Captain.

Read the ProPublica story on this tax giveaway:  Bailout Bill a Sweet Deal for Rum Maker