Briefing on the Tongass Timber Program

Briefing on the Tongass Timber Program 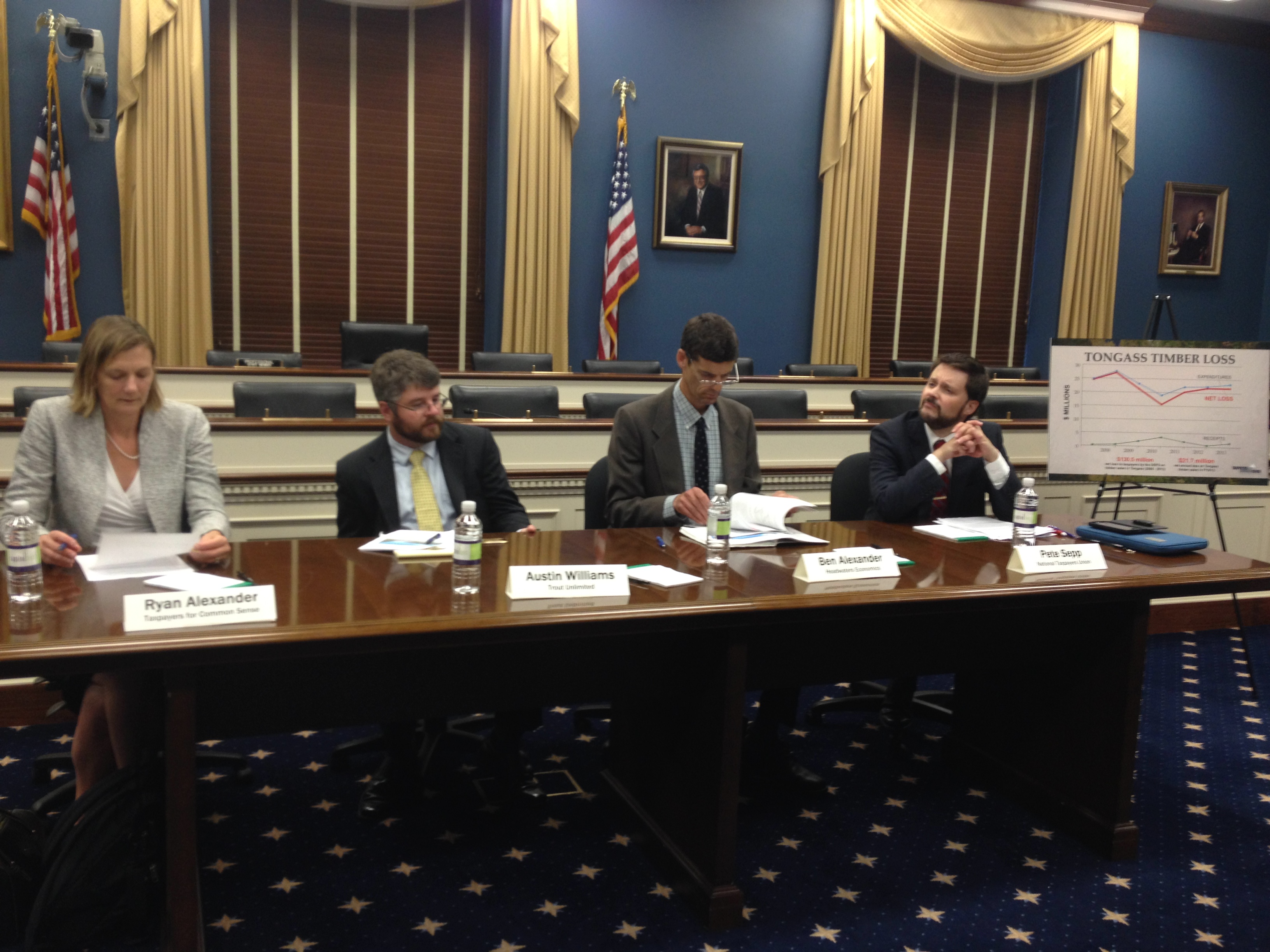 The Tongass National Forest is the largest national forest in the United States at 16.9 million acres, roughly the size of West Virginia, and is located in southeast Alaska. While tourism and fishing are the foundation of the region’s economy, the U.S. Forest Service continues to prioritize money-losing timber sales in the Tongass, with an average cost to taxpayers of $21.7 million per year. Ongoing timber sale planning could lock in taxpayer losses for many years to come, with huge missed opportunities for local fisheries and tourism.

The panelists’ discussion focused on the Forest Service’s administration of federal timber sales and the taxpayer losses associated with those sales.  Ms. Alexander highlighted that data provided by the Forest Service showed a total net loss to taxpayers on these sales of $130 million between 2008-2013. Mr. Williams and Mr. Alexander briefed attendees on new research from Headwaters Economics on the inefficiencies of the Southeast Alaska federal timber program. Mr. Sepp emphasized the billions of taxpayer losses associated with the Forest Service’s timber program over the last three decades.

During the question-and-answer session following the discussion, issues including environmental concerns, road building, litigation costs, and Southeast Alaska’s economy were addressed.  To learn more about taxpayers losses in the Tongass National Forest, see TCS’ materials below.

The USFS has a long history of mismanaging money in the Tongass, with an average loss to taxpayers of $21.7 million per year from 2008-2013.Ongoing timber sale planning could lock in taxpayer losses for many years to come.

It’s time to stop the excessive taxpayer losses the USFS continually incurs from grossly underestimating the cost of timber projects. Instead of making the same mistake over and over, the USFS should look at previous sales as a guide to estimate the true costs of these sales. To borrow from Smokey the Bear: only Congress can prevent money losing timber sales.

Taxpayers Left Out on a Limb

The federal government has a responsibility to ensure a fair return to the public for the development of taxpayer-owned resources. With an $18 trillion debt, taxpayers simply can’t afford to lock in a pattern of losing more than $20 million per year from timber sales on the Tongass. It’s time to put an end to these subsidies