For the first time in 30 years the federal government has decided to pause its federal coal leasing program in order to review whether it is getting a fair return for taxpayers.  While this is welcome news, it’s long overdue! Taxpayers have already lost $30 billion on undervalued coal. On top of that, we’re dealing with the looming liabilities of abandoned mines, which has become an even greater headache recently with a string of bankruptcies in the coal industry. We hope some big changes come out of this review and fast.

Earlier this week Arch Coal Inc., the second largest supplier of coal in the U.S., filed for Chapter 11 bankruptcy, joining 26 other companies since 2009. While some will blame the rise of cheap 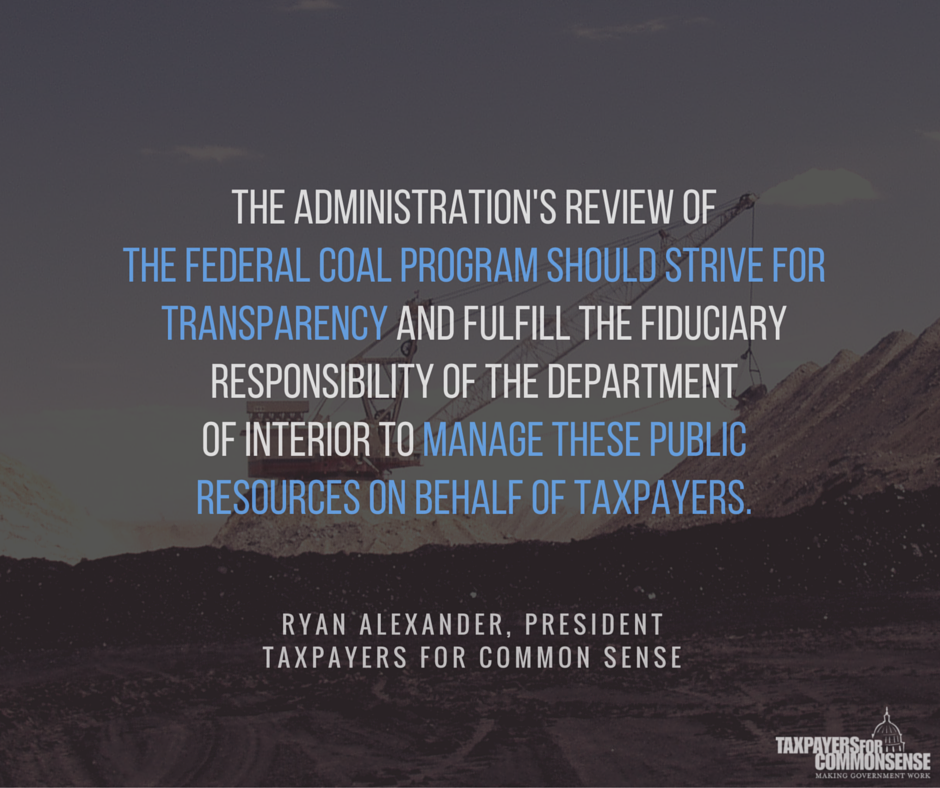 natural gas or governmental regulations, the writing has been on the wall for years—these companies fail because they’re suffocating under a mountain of debt.

We all know that eventually debt catches up to you. How many credit cards can you juggle? How much of your home can you borrow against? Coal companies pushed it to the limit, all the while having taxpayers as a backstop. According to McKinsey & Company, the U.S. coal industry’s total liabilities were almost $100 billion by the end of 2014. It’s so bad it costs the industry almost $10 billion a year to service these liabilities– about $10 per ton of coal produced! That wouldn’t be a problem except the average price for top-shelf coal is currently $9.70 per ton. Even when coal prices were higher, the industry’s peak profitability did not exceed $5 a ton. So it’s not hard to see why they’re going bankrupt. It’s economics. Math.

The problem of excessive debt has actually created a vicious cycle where companies are keeping unprofitable mines open because it costs more in the short-term to close them. That is until the company files for bankruptcy, when taxpayers are left holding the bag for the mess these companies leave behind. The feds are already working to clean up more than 500,000 acres of hazardous coal sites.

But should we be stuck with cleanup costs to begin with? Federal law requires coal companies post a reclamation bond (i.e. insurance) to ensure funds are available to cleanup a mine if the company cannot. But one of the options for reclamation bonds is a “self-bond,” where the company itself posts the bond! It sounds as bad as it is—insuring yourself. If a company is deemed to be in “good financial health” they can avoid putting up collateral or cash as insurance. As coal companies have been going bankrupt, these self-bonds have become taxpayer liabilities. Alpha Natural Resources Inc filed for bankruptcy in August 2015, leaving taxpayers to cover more than $670 million in self-bonded liabilities. Arch Coal has $459 million in self-bonds and has asked the bankruptcy court to reduce its obligations to $75 million, leaving taxpayers to cover the rest.

Some of the problems with self-bonding are pretty obvious. The circumstances most likely to lead to an inability to pay reclamation costs – a drop in the value of mining properties and assets; a drop in profitability – are exactly the same circumstances that would render a self-bond inadequate. By the time a company is deemed too financially unhealthy to qualify for self-bonding, no private insurance company is going to touch it. Duh.

Others are less apparent. When a reclamation liability is bonded – whether by surety, collateral bond, or self-bond – general accounting rules allow the related liability to be carried “off balance sheet.”  That is, the potential cost of cleanup is not shown on the balance sheet so it does not reduce shareholder equity or increase the debt-to-equity ratio of the company. In other words, a coal company’s self-bonding financial promises don’t count against its ability to qualify for more self-bonding promises. If Peabody Energy, the largest coal company in the U.S., counted its self-bonding liabilities, it would no longer qualify. Peabody, which posted a third-quarter loss of more than $300 million, currently has $1.4 billion in self-bonds.

The bankruptcies rippling through the coal industry are demonstrating the failures of the whole self-bonding scheme. Taxpayers are getting stuck with the costs of reclaiming abandoned mines – exactly what Congress sought to avoid. Private rating agencies should be the ones assessing the credit-worthiness of companies. At a minimum, companies should not be able to self-bond unless they have an investment grade bond rating and the overall percentage of reclamation liabilities that can be self-bonded should be capped. Better yet, just do away with self-bonding completely.

The coal industry is on the skids, and unless Interior uses this reevaluation to shore up these self-bonds, taxpayers are going to take a big hit.