In February 2010, the Department of Energy (DOE) conditionally offered Southern Company and its partners a total of $8.33 billion in taxpayer-backed loan guarantees[1] to build two nuclear reactors in Georgia, but the award has yet to be finalized. According to documents obtained through the Freedom of Information Act, the Department of Energy and project partners have struggled to reach an agreement on an appropriate credit subsidy cost for the loan guarantee. Southern Company and partners have now spent four years lobbying policymakers to craft a deal that heavily benefits them and exposes U.S. taxpayers to even greater risk. 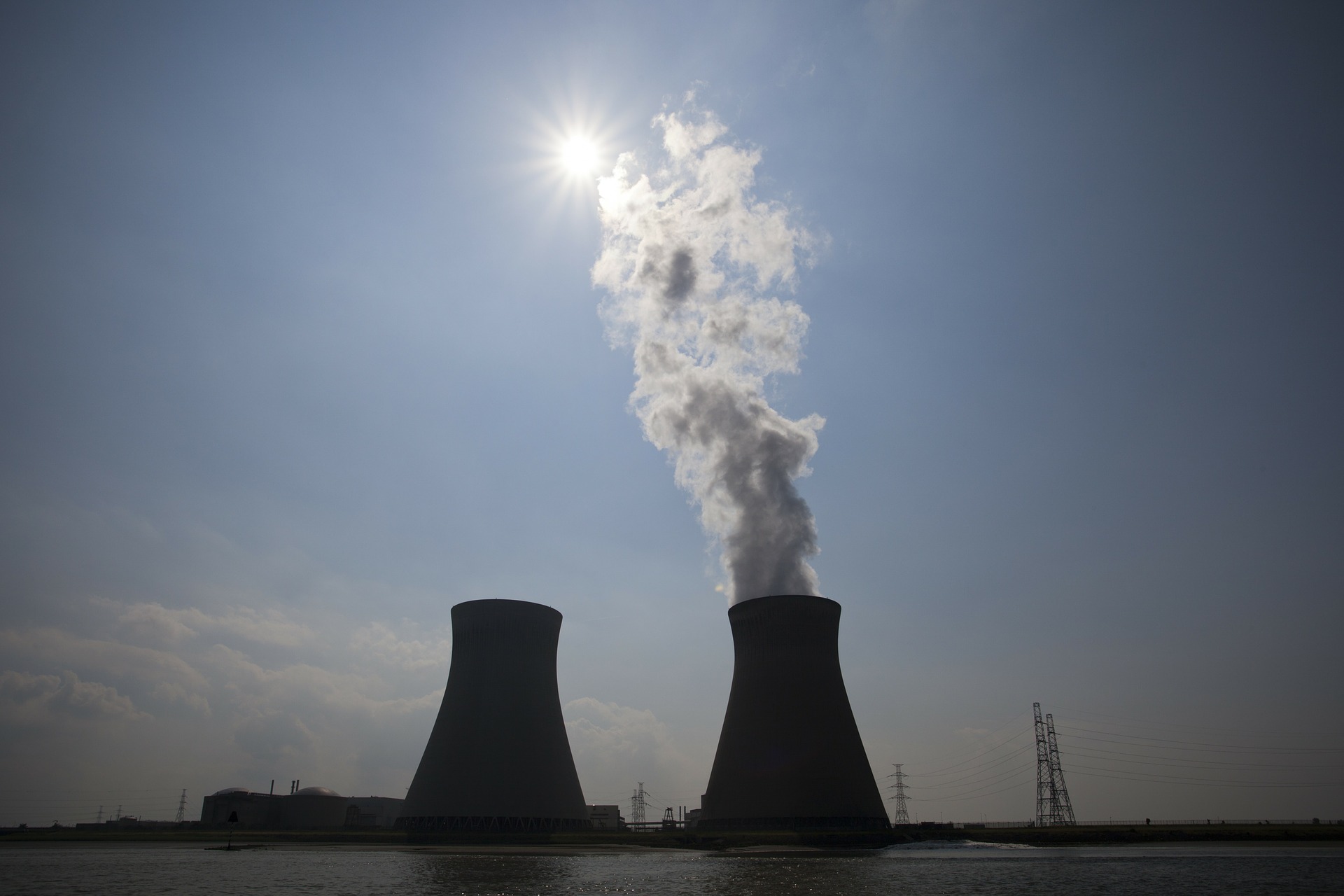 While Southern Company and its partners push for increasing reliance on taxpayers, the construction of Plant Vogtle reactors 3&4 has experienced substantial cost overruns and schedule delays. Subsequently, each of the project owners’ credit ratings has been downgraded or their credit outlook changed to ‘Negative’ by one of the top financial ratings agencies.[2]

If the loan guarantee is finalized, the subsidy would be provided through the same program that awarded more than $500 million to the now-defunct solar power company, Solyndra.

A Project in Trouble

In 2008, Southern Co. and its utility partners[3] applied to receive a federal loan guarantee to construct two 1,100 MW Westinghouse AP1000 reactors (reactors 3&4) at Southern Co.’s Plant Vogtle near Waynesboro, Georgia. Southern Co. experienced massive cost overruns while constructing the first two reactors at the site in the 1980s. Original estimates for Vogtle reactors 1&2 were under $1 billion each, but final costs skyrocketed to nearly $9 billion.

In August 2008, it was originally estimated that Plant Vogtle reactors 3&4 would cost $14.3 billion and begin commercial operations in 2016 and 2017 respectively. Today, the estimate of the project’s cost has reached $15.5 billion and the reactors are projected to come online in 2018 and 2019 respectively. Pending lawsuits between project partners and the construction contractors could push the project’s final costs even higher to $16.5 billion.

In August 2008, the initial construction schedule projected that Plant Vogtle reactors 3&4 would reach commercial operation in 2016 and 2017. Since then, Southern Company and its partners have failed to meet many of the project construction deadlines. Today, the reactors are projected to be completed in 2018 and 2019. 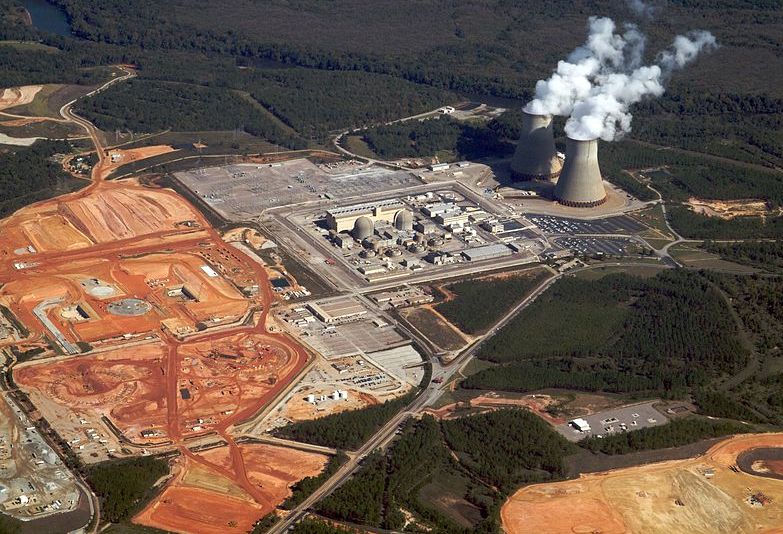 As a result of the escalating construction costs and continued delays of the Plant Vogtle project, financial rating agencies are downgrading their assessment of the partners involved in the project:

For more information on the Plant Vogtle project partners see Appendix One.

DOE conditionally offered Southern Co. and its partners $8.33 billion in federal loan guarantees in February 2010 – $3.46 billion to Georgia Power Company, $3.06 billion to Oglethorpe Power Corporation, and $1.81 billion to the Municipal Electric Authority of Georgia. Since then, the Department of Energy has extended its $8.33 billion loan guarantee offer multiple times. The most recent deal between DOE and project partners was reached in January 2014, when the offer was extended until February 28, 2014.

RELATED ARTICLE
The Pentagon Budget Is Out of Control

Putting the full faith and credit of the U.S. government
behind this costly, high-risk project is fiscally irresponsible.

The Atlanta based Southern Company was created in 1946 but descends from holding companies dating back to 1912.  The energy conglomerate has eight subsidiaries which have a combined generating capacity of 46,000 MW and serve 4.4 million customers in Mississippi, Alabama, Georgia, and Florida.  Southern Company constructed nuclear reactors 1 & 2 at its Plant Vogtle in the 1980s after selling 30 percent of their generating output to Oglethorpe Power and 17.7 percent to MEAG in 1976.  The initial cost estimate of constructing those two reactors was $660 million, but the project’s final cost was $8.87 billion. The energy conglomerate currently has around $1.8 billion in outstanding debt and a debt-to-asset ratio of 35.72 percent, more than the utilities industry average.

The utility was formed in 1883 by Atlanta citizens but acquired its name after becoming part of a Southeastern Power & Light Company, Southern Company’s ancestor, in 1926. The company, now based in Birmingham, Alabama serves over 2.3 million customers and had a net income of $1.17 billion in 2012. Georgia Power has a 45.7 percent stake in Vogtle reactors 3&4 and though its share of the costs of constructing the units was originally certified at $6.11 billion, the company reported in February, 2013 that its share had increased to $6.85 billion.  Georgia Power is currently financing the costs of the Vogtle project in part by charging its customers in advance with a tariff referred to as a Nuclear Construction Cost Recovery Rider with a Construction Work in Progress (CWIP) balance that totaled $2.65 billion at the end of November, 2013.

The company, now headquartered in Tucker, Georgia was founded in August 1974 by 38 municipal electric cooperatives that wanted to end their reliance on Georgia Power Company for wholesale power. Oglethorpe Power and its 38 ‘Electric Membership Corporations’ provide electricity to 4.1 million people in 151 of Georgia’s 159 counties. In its 2012 annual report, Oglethorpe reported that its share of the Vogtle project’s costs (30 percent) had increased from $4.2 billion to $4.5 billion. That $300 million and any further cost increases might be difficult to finance for the company that had a 2012 net income of $39.6 million. The DOE loan guarantee would allow Oglethorpe to cover $3.06 billion of its share of the Vogtle costs with debt though the company had originally planned to only borrow $2.2 billion from capital markets.

MEAG Power, a not-for-profit public energy consortium based in Fulton County, Georgia, was created by the Georgia General Assembly in 1975 to provide power to small cities and towns. Since then, 49 communities throughout the state have joined the public corporation. MEAG estimates its share of Vogtle reactors 3&4 construction costs (22.7 percent) will come to $4.2 billion. To finance that amount, MEAG has issued three series of bonds since 2009: Project M bonds, Project J bonds, and Project P bonds. The three Projects represent a certain percent of MEAG’s share of the reactors’ expected output.  The communities in the consortium have agreed to buy their power from one of the Projects and in turn are obligated to bear the financing costs of Vogtle construction.  Further increases to the reactors’ cost will cause small Georgia municipalities to dig deeper for funds.  MEAG Power had $5.7 billion in long-term debt at the end of the third quarter of 2013.

MEAG was able to designate its three series of bonds as “Build America Bonds” under the Recovery Act of 2009. As such, MEAG is entitled to receive cash subsidy payments from the U.S. Treasury that will cover 35% of the interest the company will pay to bond holders. That means that even if MEAG does no receive a DOE loan guarantee, taxpayers will still be partly subsidizing the construction of Vogtle Units 3&4.

[1] A loan guarantee is an agreement by the DOE to cover the repayment of a loan, in this case from the Federal Financing Bank to the Vogtle partners, if the borrowers default.

[4] The credits subsidy cost represents that cost of the loan guarantee to the federal government. If the price is too low, taxpayers could lose big if a project defaults.