TCS Calls for End of Needless Waste of Natural Gas

TCS Calls for End of Needless Waste of Natural Gas

WASHINGTON – Taxpayers for Common Sense (TCS) has launched a three-state ad buy asking Senators in North Dakota and Colorado to call for the U.S. Bureau of Land management to end needless waste of taxpayer-owned natural gas on federal lands and thanking members of the New Mexico Delegation for having called on strong action.

“The market for oil and gas has changed dramatically in the last 30 years, and the federal government has not kept up,” said TCS President Ryan Alexander. “Every year, oil and gas companies waste billions of cubic feet of natural gas on federal lands, and taxpayers are paying the price.”

TCS is a non-partisan budget watchdog serving as an independent voice for American taxpayers. Founded in 1995, TCS’s mission is to achieve a government that spends taxpayer dollars responsibly and operates within its means.

Federal rules governing lost gas were last updated more than 30 years ago, well before unconventional techniques like hydraulic fracking became widespread. To these ends, the existing regulations and statutory language effectively subsidize oil and gas companies and not only allow – but promote – the avoidable release of methane.

“Through extraction, processing, and delivery there are inefficiencies and waste that cost taxpayers millions of dollars in lost royalties, promote irresponsible development, and create future liabilities as a result of climate change,” continued Alexander. 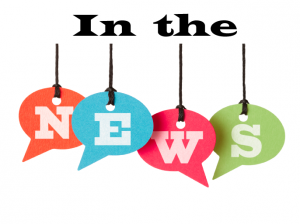