Immigration reform is once again at the forefront of the political discussion in Washington.  There is movement in the House of Representatives to craft a bill they can pass.  Last year, when the immigration reform policy bill (S. 744, the Border Security, Economic Opportunity, and Immigration Modernization Act) was on the Senate floor, a strange thing happened.  It was amended to add a laundry list of security hardware systems that seemed out of place in the bill language of an immigration policy bill. 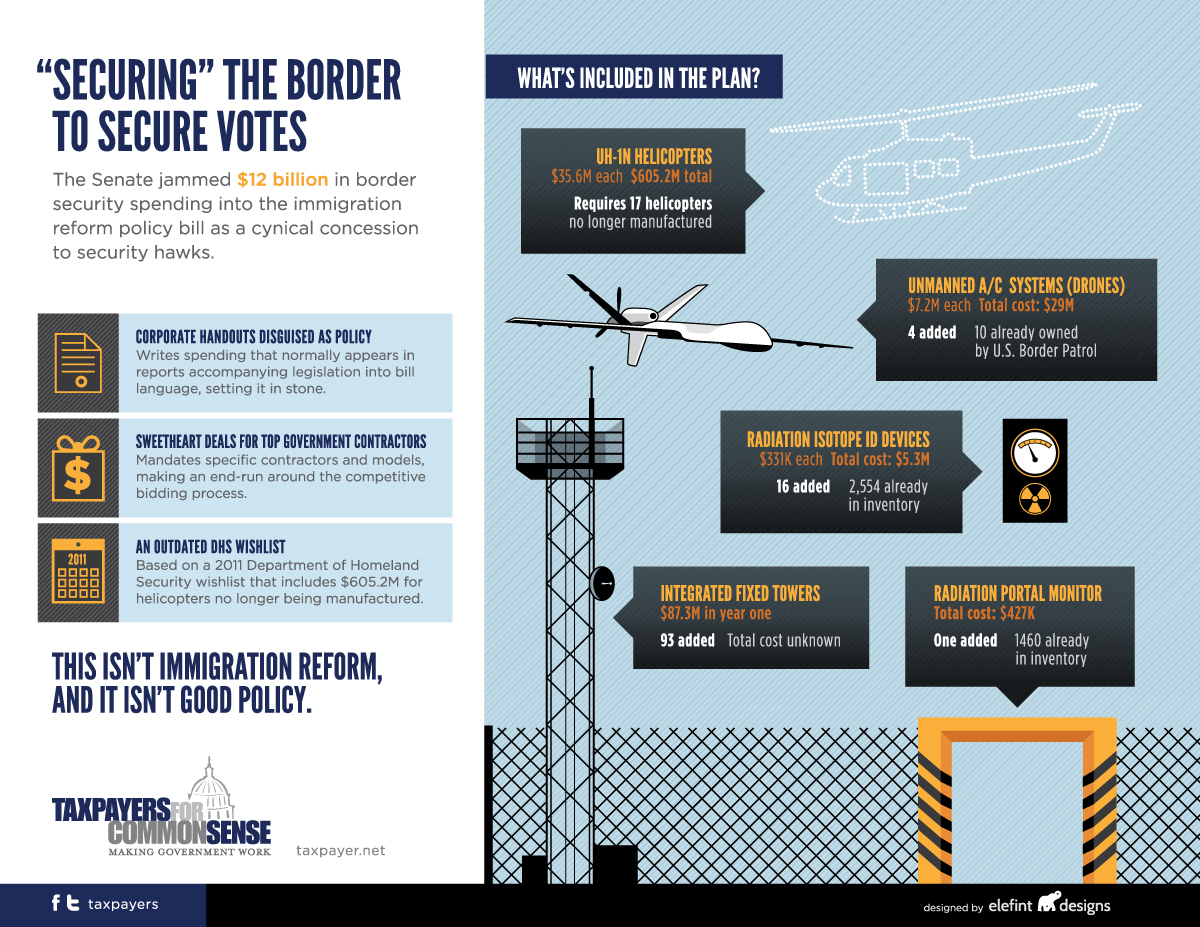 At Taxpayers for Common Sense we recently did an analysis of the amendment which added $12 Billion to the cost of the bill to supposedly enhance physical security on our southern border.  This is in addition to $30 Billion for the deployment of additional Border Patrol agents.

Included in the $12 Billion, $7.5 Billion is to build 350 more miles of fencing and $4.5 Billion is to carry out the so-called “Comprehensive Southern  Border Security Strategy”.  This “strategy” in reality is a Department of Homeland Security wish list of hardware that was included in their “Report on the Assessment of the Secure Border Initiative-Network (SBInet) Program.”

What bothers us most about this amendment is that it harkens back to the bad-old-days of earmarking federal funds for specific hardware programs.  And while we know this amendment was actually born of a DHS wish list and not the efforts of individual Senators, it reads more like a government contractor’s wish list with mandated spending on hardware systems.  In fact, at least one of these programs is not even actively manufactured.  To illustrate just a few of the items that we find the most indefensible, we have developed the attached infographic.

This just scratches the surface of the programs that were jammed into the Senate’s immigration “reform” bill.  We don’t think this is true immigration reform and we certainly don’t think it’s good policy.