How Much for the Pentagon?

Rolling Analysis, HEALS ActHow Much for the Pentagon?Haste makes waste, and therein lies a boatload of mischief.

What’s that old saying? “Figures lie and liars figure.” We’re not accusing anyone of lying about how much money is in the HEALS Act for the Pentagon, but there are a lot of figures flying around and some obvious mistakes out there.

For instance, one Senate synopsis says the bill contains $83.8 million in Pentagon procurement. It then goes on to specifically state that the Army gets $49 million, the Navy $35 million (which adds up to $84 million right there) and Defense-wide gets $484 million. So, haste makes what literally may be waste even in the synopsis of this trillion dollar legislation. (For those keeping score, $49 million plus $35 million plus $484 million equals $568 million.)

In point of fact, Pentagon procurement gets at least $7.2 billion in additional procurement funds via the HEALS Act. This will be on top of the $135 billion in Fiscal Year 2020 procurement outlays that are still being spent. We say “at least” $7.2 billion because those are the procurement programs TCS was able to identify by reading the “General Provisions” of the Department of Defense portion of the bill language. Close readers of TCS work will remember we always admonish you to read the General Provisions of any appropriations bill. Therein lies a boatload of mischief. And we’ll get to the boatloads of money the shipbuilding industry gets in this bill. (See what we did there?)

Because of all these flying figures, and because there are a zillion ways to slice the salami, TCS has prepared this chart to call out all the dollar figures we could identify that will be of direct benefit to defense contractors. This is more than “just” $7.2 billion in procurement. We’ve identified a total of $18.8 billion that we believe flow directly to the pockets of defense contractors. 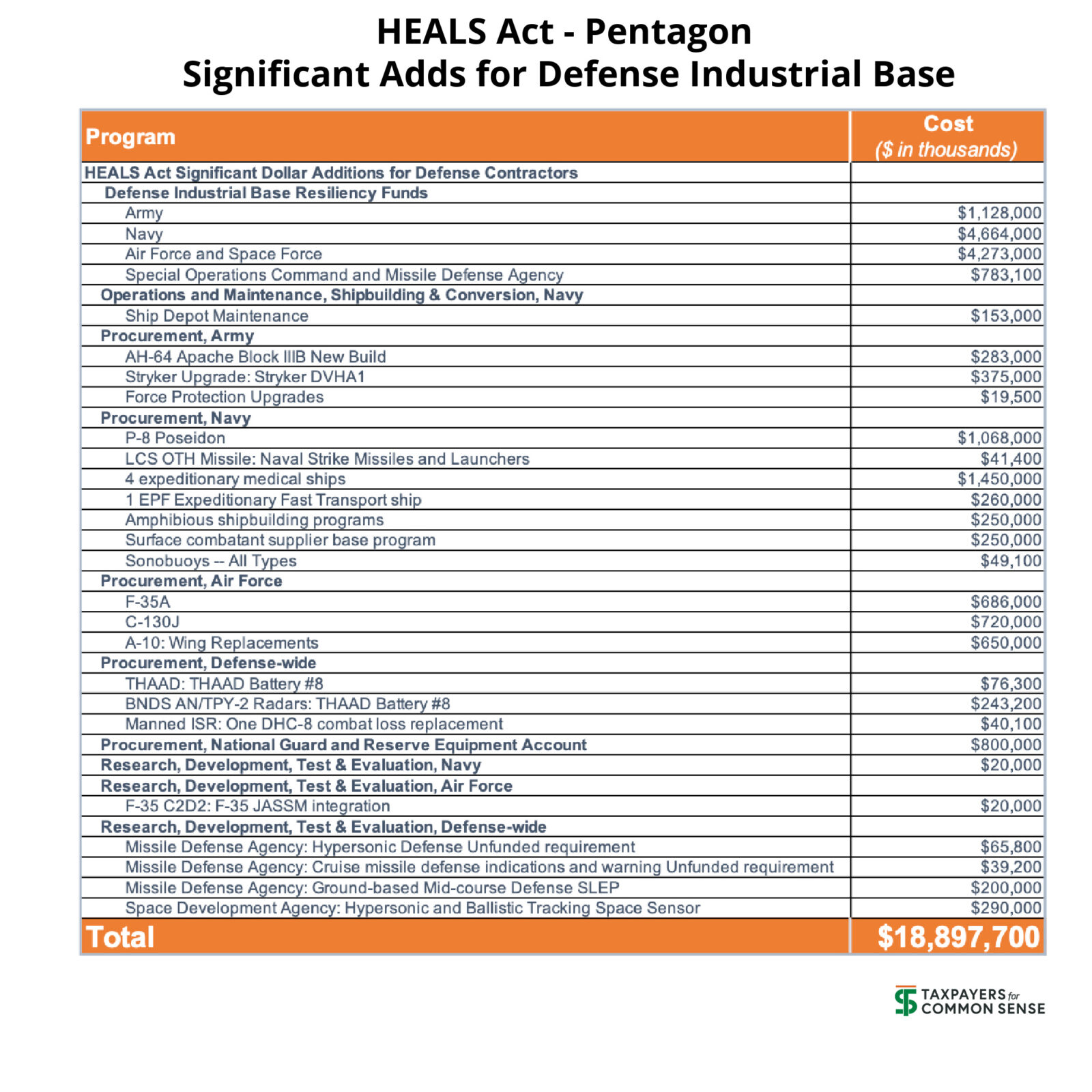 There is more analysis from this chart – take a look: