Since the early 20th century, the federal government and private industry have attempted to commercialize oil shale but after years of investment the prospects for oil shale do not look any more promising than they did a century ago. Since the 1980’s, the federal government has made billions of taxpayer-backed subsidies available to oil shale in the form of tax credits, price guarantees, and loan guarantees. In addition, Congress directed the Bureau of Land Management (BLM) to draft premature commercial leasing regulations, resulting in approximately two million acres being designated for commercial development  prior to proving oil shale’s commercial production viability. Lastly, several research, development, and demonstration (RD&D) leases have been awarded without requiring the payment of bonuses, rents, or royalties  contrary to what is typical of conventional oil and gas leases on public lands. 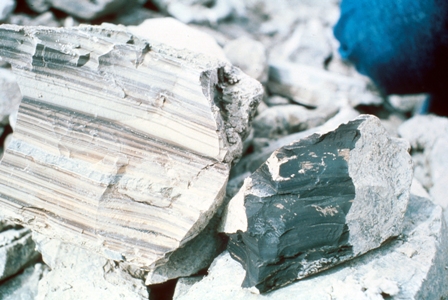 The appeal of oil shale lies in its abundance: the United States’ oil shale deposits, the majority of which are located in the Green River formation of Colorado, Utah, and Wyoming, represent more than half the world’s oil shale resources.  Yet, after a century of research funded by continued taxpayer-backed handouts, oil shale production is still in its infancy. The United States Geological Survey (USGS) states that “there is, at present, no economic method to extract oil from the Green River Formation oil shale.”  Further, the RAND Corporation found in 2005 that oil shale is unlikely to reach the production growth of 1 million barrels per day for twenty years.  With an U.S. average demand of nearly 20 million barrels of oil per day,  oil shale still has a long way to go.

While the oil shale industry is still in its commercial infancy, it has a long history of federal support. More than a century ago, the Pickett Act of 1910 authorized the acquisition of petroleum rich lands to ensure an emergency supply of fuel to the Navy during times of war.  Seventy years later, in 1980, the Synthetic Fuels Corporation (SFC)—a quasi-governmental agency funded by the Department of Energy (DOE)— was created solely for the purpose of subsidizing unconventional fossil fuel development including oil shale. During its five-year reign, Congress authorized up to $88 billion for the SFC. In total, nearly $7 billion was risked on oil shale, including more than $3 billion in loan guarantees and nearly $4 billion in price guarantees.

Tax credits have also provided further incentives for oil shale production over the years. In the Windfall Profit Tax Act of 1980, Congress provided the alternative fuel production tax credit—a $3 per barrel credit for oil shale and other unconventional fossil fuel producers. Soon after, the Economic Recovery Tax Act of 1981 created multiple tax credits for the oil and gas industry from which oil shale producers were also able to benefit. 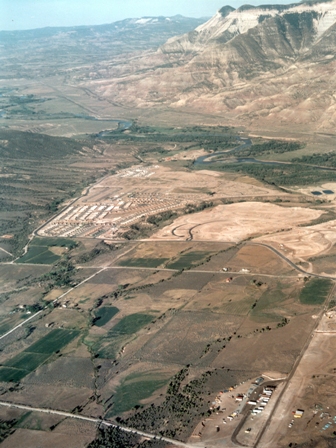 Despite a long history of federal support, the oil shale industry has failed repeatedly to prove it can produce at commercial scale. The most well-known failure is the Exxon-TOSCO Colony Project which was awarded a $1.15 billion loan guarantee in August 1982.  The project aimed to produce 47,000 barrels of oil shale per day (bpd), yet less than a year later, on May 2nd 1982, the project was abruptly terminated due to cost overruns and unresolved technological difficulties. At cancellation, project costs had skyrocketed to more than $5.5 billion —approximately $12 billion in 2010 dollars. Decades later, many in the region have come to know May 2nd as “Black Sunday.”

The 2005 Energy Bill (EPAct), as well as other legislation, created and extended a number of subsidies that benefit the oil shale industry.

Since the early 20th century, the federal government has been in the business of handing out valuable, resource-rich public lands to private industry at little to no cost. In 2008, the Bureau of Land Management proposed a reduced royalty rate as low as 5% for commercial oil shale development on public lands—significantly lower than the 12.5% paid by conventional onshore oil and gas.

Since 2007, the Department of Interior (DOI) has awarded eight research, development, and demonstration leases to private industry in Colorado and Utah as part of the 2005 Energy Bill without requiring the payment of bonuses, rents, or royalties for producing at less than commercial production.  The leases were awarded for RD&D purposes—not commercial development—and include Chevron, Shell, American Shale Oil (AMSO), Enefit, ExxonMobile, and Natural Soda Holdings. In February 2012, Chevron abandoned its oil shale RD&D lease to focus on more viable energy sources—just one project in a long list of oil shale projects gone bust.

Time to End the Taxpayer Subsidies

To this day, the oil shale industry remain years, if not decades away, from demonstrating the economic viability, technical efficiency, and environmental standards needed for commercial development. In these tight budget times, we cannot afford to continue throwing good money after bad. It is vital that taxpayers develop our natural resources in a responsible manner and receive a fair return for any resources extracted from our public lands. With extremely high costs, massive technical hurdles, and yet to be determined environmental liabilities, taxpayers should not be asked to prop up this industry for any longer.