The Pentagon budget request for FY21 was a hair over $700 billion. If you enlarge that circle to include all “national security” funding you hit $750 billion. So, color us skeptical that the Senate Appropriations Committee’s draft of the Defense Appropriations bill for FY21 can legitimately add more than $3.8 billion for programs the Pentagon never asked for. That’s right. In a topline of more than $700 billion, the Pentagon couldn’t manage to squeeze in the programs the Senate Appropriators want to fund. Not a single penny for any of these programs. 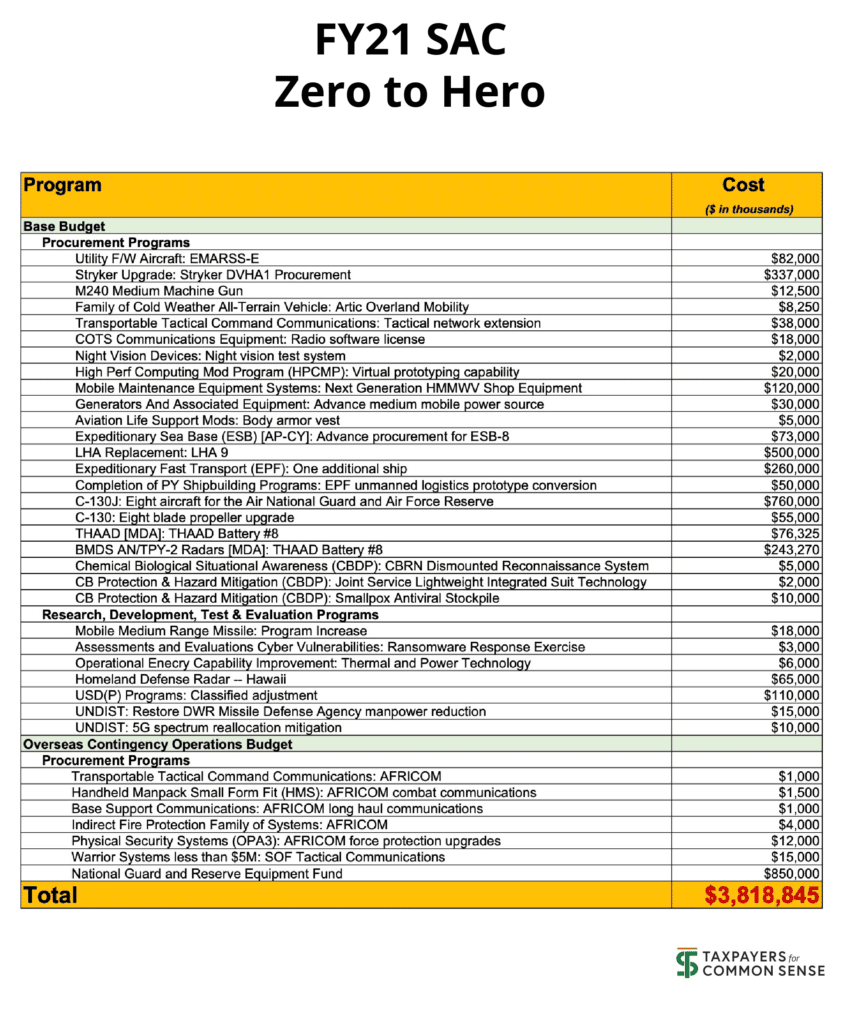 There’s the usual suspects – lots of money for ships the Navy never requested. But the shipbuilding caucus in the Senate remains strong so the Navy’s going to get that money come h*ll or highwater. (See what we did there?)

And the National Guard and Reserve Equipment Account (NGREA) list gets $850 million … in the Overseas Contingency Operations section of the bill. A slush fund within a slush fund. But the largesse for the Guard and Reserve doesn’t stop there. Nope. They also get an additional $760 million for eight C-130J aircraft not in the original budget request.

Also, the Senate Appropriators are insisting on just a hair under $320 million for an 8th Terminal High Altitude Area Defense (THAAD) missile battery. That’s a significant new investment in missile defense and, not to sound like a broken record, but the Missile Defense Agency didn’t request that in its FY2021 budget. But, what’s $300 million extra to the Appropriations Committee?

It’s almost like the Pentagon deliberately doesn’t request things that military leaders know the Congress will fund anyway. We’re not against adding to the Smallpox vaccine stockpile but, really, the Pentagon didn’t think to ask for it? We think this Zero to Hero stuff is just one symptom of a symbiotic relationship among the Pentagon, defense contractors, and the Hill.

And don’t forget the House Appropriators had a similar list that topped out at a mere $1.8 billion. That’s less than half of the Senate list. But since, conveniently, the overlap of the two lists is confined to the aforementioned National Guard and Reserve Equipment Account list, the Senate list will almost surely be “additive”. They’ll add the two lists together, go with the higher of the two numbers for the NGREA, and bingo/bango, the taxpayers will be shelling out almost $5 billion in money for things not in the Pentagon budget request.

Bad habits like these are hard to break. But taxpayers deserve a break and stopping this practice is a good start.